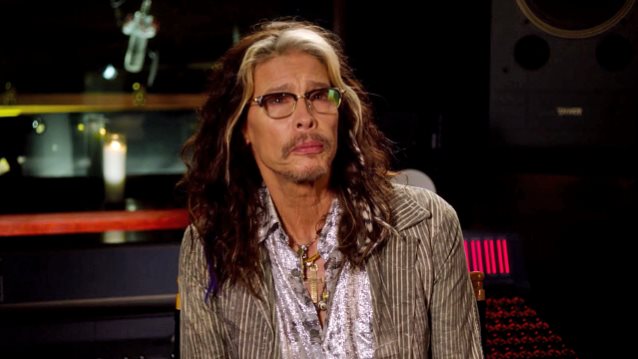 According to The Pulse Of Radio, AEROSMITH's Steven Tyler is currently raising funds for his Janie's Fund philanthropic campaign which is geared towards providing support for young female victims of abuse and neglect. So far the singer has recruited Bono, Sir Elton John, Britney Spears and Carrie Underwood to help his cause.

In a new video released exclusively to Billboard.com, Tyler explained: "There really, really, really are ways out. And that’s all. Hope sometimes is everything." The singer is also promoting a new campaign where a $5 donation to Janie's Fund earns a chance to win the VIP Rock Experience which includes walking the red carpet and hanging out backstage with Tyler at his first solo album release party.

Janie's Fund is named after AEROSMITH's hit "Janie's Got A Gun". The organization uses 100 hundred percent of all donations to support proven programs at Youth Villages, a "nonprofit dedicated to providing effective solutions for over 23,000 children and families each year with emotional and behavioral changes."

On the organization's web site, Tyler explained: "An entire community was built around this song's message… Over the years, I've been overwhelmed by the thousands of fans who have sent me letters, telling me their stories and how 'Janie's Got A Gun' affected and inspired them."