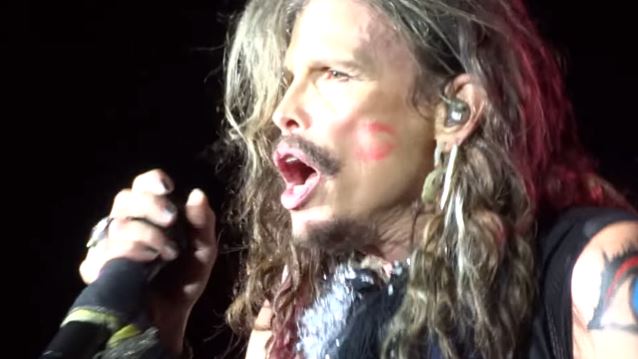 STEVEN TYLER On Why He Hasn't Read JOE PERRY's Autobiography: 'I Have To Go Onstage With Him Next Year'

AEROSMITH singer Steven Tyler says that he has no interest in reading bandmate Joe Perry's new autobiography, explaining that has "to go onstage with him next year."

Tyler was asked by TMZ last night in Nashville if he's going to the read "Rocks: My Life In And Out Of Aerosmith". "Hell no!" he replied, adding "I have to go onstage with him next year. I wanna love the son of a bitch."

When it was suggested to Tyler that could wait until after the tour to read the book, the singer shrugged and replied, "I might. He hasn't read mine either."

Tyler's "Does The Noise In My Head Bother You?" autobiography was issued in 2011, while the band's drummer, Joey Kramer, had his own tale, "Hit Hard: A Story Of Hitting Rock Bottom At The Top", published in 2009. AEROSMITH bassist Tom Hamilton is also working on a book.