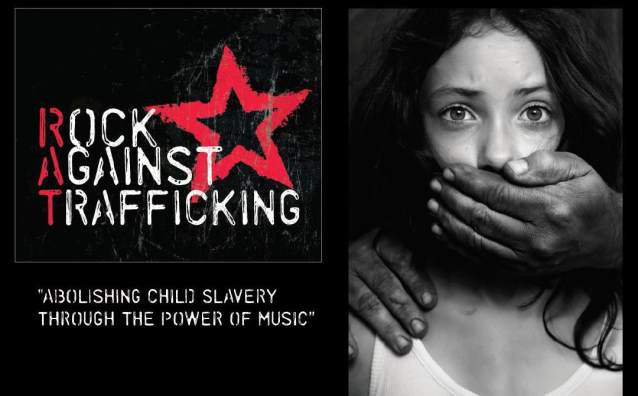 The first project R.A.T. is producing is "Set Them Free", a compilation album of the music industry's top stars performing the music of Sting and THE POLICE. Various other legendary artists are currently scheduling to record songs for the album.

"The day I had the opportunity to meet Gary Miller, I had the chance to hear about this humanitarian cause," says John Schayer, director of public relations at Rock Against Trafficking. "Working with him has given me a feeling of purpose that is renewed each day. It is our goal to unite people around the world to join us in this heartfelt effort to stop child trafficking and send the children home."

"27 million people are slaves today," says Gary Miller, founder of Rock Against Trafficking. "80% of trafficking victims are women and girls. 50% are minors and every year 2 million children are exploited in the global sex trade. We are joining together in a solid commitment through music to make a difference."

Rock Against Trafficking is a nonprofit organization established to fight for the end of child slavery worldwide. The mission of the nonprofit is to create awareness of this crisis and provide resources for the rescue and restoration o victims through the power of music. The nonprofit is using the power of music through partnering with top stars in the entertainment industry to create global awareness of the epidemic of child labor and sex trafficking.