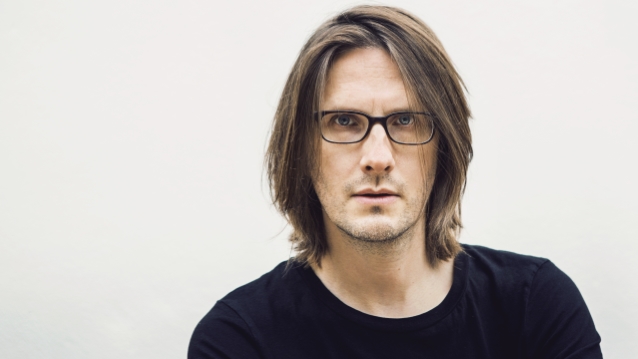 British musician and progressive rock pioneer Steven Wilson says that Brexit will "make it very difficult" for bands to tour, explaining that paying additional taxes on merchandise he sells on the road will make him think twice about playing shows in Europe in the future.

A public vote — called a referendum — was held in June 2016 when voters were asked just one question: whether the U.K. should leave or remain in the EU, a group of 28 countries which trade with each other and allow anyone to easily move between the countries to live and work. The "Leave" side won (by nearly 52% to 48%) but the exit didn't happen straight away — it is slated to take place in March 2019.

The Brexit vote has thrown the U.K. into a period of uncertainty, with some economists warning that it may lead to a downturn in the British economy while other people have claimed that it will help the U.K. negotiate better terms with the EU. A poll showed that many voters opted for Brexit because they "wanted the U.K. to regain control over EU immigration."

Asked by GoetiaMedia.com's Jorge Fretes for his opinion of Brexit, Wilson said (hear audio below): "It's going to affect touring, if it happens. At the moment, honestly, I have no idea what's going on — I have no idea. I mean, I read the news every day and I don't understand what's going on. It may not even happen. It seems to me there's actually a strong possibility now that it may not even go ahead. So right now, I'm waiting. I'm not trying to pre-judge or make any decisions about the future, because it simply may not happen. And if it doesn't happen, I think that would be a wonderful thing for… Most artists certainly feel that way, I think. If it does go ahead… I haven't thought a lot about it, but I think it's going to make it very difficult. Just simple things, like selling merchandise and t-shirts… I mean, I survive on that. I spend all the money I make, I spend it on the show, so I have to rely on selling t-shirts. If suddenly I'm gonna be taxed heavily on that kind of stuff, just those little things… You start to think, 'Well, you know what? Is it even worth me going on tour in Europe?' And I think that's going to be a really big issue — if it happens. But let's wait and see."

Earlier this month, British Prime Minister Theresa May was defeated in a landslide vote in Parliament, where lawmakers rejected her Brexit deal by a vote of 432 to 202 — leaving Britain's future relationship with the European Union unclear.