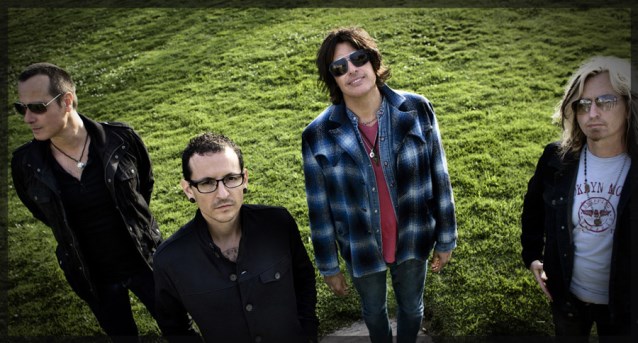 "High Rise", the new EP from STONE TEMPLE PILOTS, is likely to sell between 13,000 and 15,000 copies in the United States in its first week of release, according to industry web site Hits Daily Double. The estimate was based on one-day sales reports compiled after the record arrived in stores on October 8 via Play Pen/ADA.

"High Rise" is STONE TEMPLE PILOTS' first new disc with lead singer Chester Bennington, who replaced original frontman Scott Weiland earlier this year. Although the EP contains just five songs, Bennington told The Pulse Of Radio that coming up with music together was not a problem. "After our very first initial kind of let's sit down, you know, officially kind of shake hands and say we're doing this, I think by the time we got home, we were already like coming up with ideas," he said. "Within a couple of days we had nine or 10 demos that we were kicking around and I knew the second that I got the memo from Robert [DeLeo, bass], he was playing 'Out Of Time', the main riff, and it was like, I mean melodies just started coming."

"Out Of Time" was released over the summer and vaulted to the top of the Active Rock radio chart.

Other tracks on the new disc include "Black Heart", "Cry, Cry" and "Tomorrow".

STP fired Weiland in February, claiming that his own solo activities and erratic behavior were detrimental to the band.

STONE TEMPLE PILOTS just completed its first North American tour with Bennington on the mic and has yet to announce new live dates. In the meantime, Bennington has returned to the studio with his main act, LINKIN PARK. 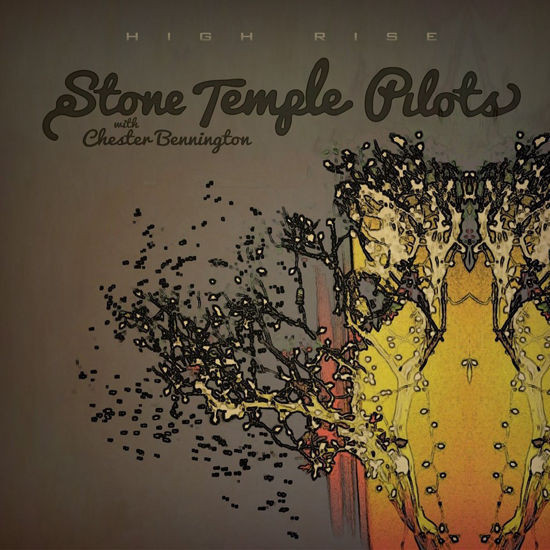