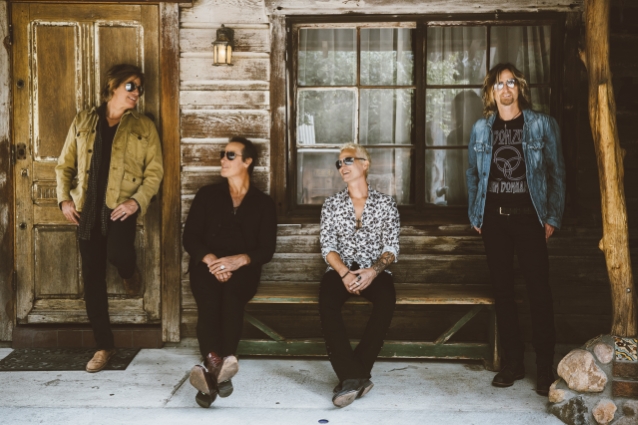 STONE TEMPLE PILOTS frontman Jeff Gutthas revealed to WRIF's Screamin' Scott that the band is working on "acoustic record right now." The disc, which will feature "some extra musicians and some extra parts and pieces," will be recorded later in the year. "I'm not sure how long it's gonna be yet," Jeff said. "We're just getting into it, the writing of it, and we're gonna be recording it here in little spurts, when we can. And it's gonna be awesome, man. It's gonna be a totally different side of STP."

STP's self-titled seventh studio effort was released in March 2018 and was the band's first with Gutt.

Gutt, who is the former frontman for nu metal act DRY CELL and a contestant on two seasons of the reality television competition show "The X Factor", made his live debut with STONE TEMPLE PILOTS in November 2017 in Los Angeles.

Asked how much freedom he had during the songwriting process for STONE TEMPLE PILOTS' last album, Jeff told WGRD: "It was full freedom, but I felt the responsibility of making sure it was an STP record at the end of the day. 'Cause my whole thing was helping them continue their journey. And I feel like it was less about me; it was more about honoring [late STONE TEMPLE PILOTS singer] Scott [Weiland] and honoring [late STONE TEMPLE PILOTS and LINKIN PARK singer] Chester [Bennington] and everyone that has ever been involved in STP and making sure that it just kept going the way it should."