STONE TEMPLE PILOTS Would Have Called It Quits If They Hadn't Found Right Singer To Replace WEILAND, BENNINGTON

STONE TEMPLE PILOTS guitarist Dean DeLeo told The San Diego Union-Tribune that he and his bandmates would have called it quits if they hadn't found the right singer to replace Scott Weiland and Chester Bennington. The group's new, self-titled disc, which is due on March 16 via Rhino/Atlantic, features the vocals of one-time "The X Factor" contestant Jeff Gutt, who made his live debut as STONE TEMPLE PILOTS' new frontman during a SiriusXM special event at the Troubadour nightclub in Los Angeles.

"There was no room for error," Dean said. "That's why we spent nearly a year together with Jeff before we invited him to join the band. We wanted to make sure it was the right decision. But we did find somebody who could not ony do the catalog of our previous songs justice, but someone we could write new songs with, too."

Regarding what STONE TEMPLE PILOTS were looking for in a new vocalist, Dean said: "Vision was a pre-requisite. Because Jeff's ability to move the band forward with more music and more records was very important to Robert [DeLeo, bass], Eric [Kretz, drums] and I. Jeff has a really great sense of what a song needs. It's just so important to really allow the song to dictate what it needs, and Jeff had a great sensibility about that — not to mention he's such a great singer."

Asked if it was an advantage that Gutt is not an established star, like Bennington was, Dean responded: "I wanted a person I knew we could write songs with. And, look, Scott laid down a pretty strong foundation, and that is what our template was. So I didn't give a shit if Jeff was well-known or not. I just wanted a guy who could do the gig."

Gutt, who was a runner-up in the reality TV music competition show's third season, originally auditioned for STP in September 2016 and became an official member of the band in May 2017. He spent most of last year secretly writing and recording new material with Dean, Robert and Eric.

STP had been without a vocalist since November 2015, when Bennington — who joined the group in early 2013 — departed to spend more time with his main band LINKIN PARK. Bennington committed suicide last July. 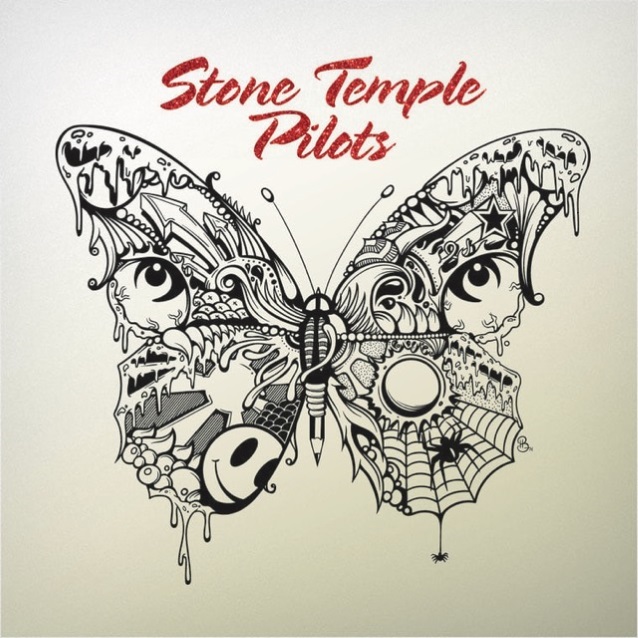