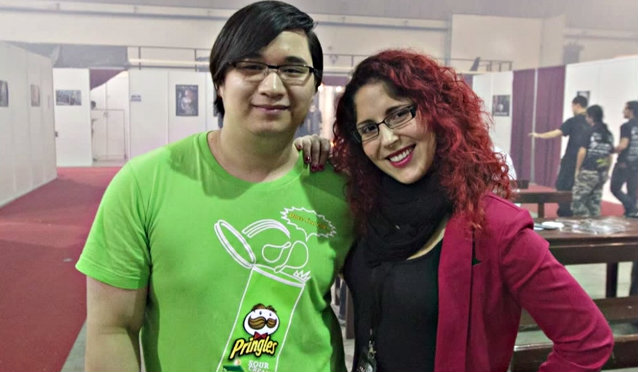 Metal-Trails.com conducted an interview with singer Marcela Bovio of Dutch/Mexican symphonic/progressive metallers STREAM OF PASSION on October 20 at this year's edition of the Metal Female Voices Fest at Oktoberhallen in Wieze, Belgium. You can now listen to the chat in the YouTube clip below.

STREAM OF PASSION recently raised more than 43,000 euros in a crowdfunding campaign for its forthcoming fourth studio album, tentatively due in 2014.

STREAM OF PASSION performed three new songs — "Earthquake", "The Curse" and "Secrets" — during its September 27 concert at Gigant in Apeldoorn, The Netherlands. Fan-filmed video footage can be seen below.

In an interview with Sea Of Tranquility, STREAM OF PASSION singer Marcela Bovio stated about "Darker Days", "The drive behind this album has to expand our musical horizons and incorporate new influences and ideas into our writing. We also wanted to go for a more organic sound; instead of layering all instruments on top of each other we tried to give each instrument its own moment in the songs. So make the heavy, guitar riff parts entirely about the guitars; and on the soft parts let the piano, the strings and the vocals take over."