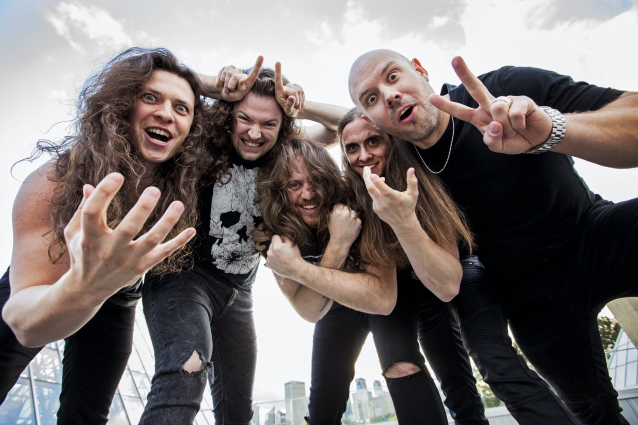 STRIKER was honored in the "Metal/Hard Music Album Of The Year" category at this year's Juno Awards (the Canadian equivalent of the Grammy Awards). The 49th annual event was held Monday (June 29) as a special virtual presentation.

"Thank you so much everyone!" STRIKER said in a social media post. "We are so grateful to win the Metal/Hard Music Album Of The Year at the 2020 The JUNO Awards!! Congratulations to all the other nominees. We're gonna post a lot more about this over the next few days and weeks but for now it's beer time. THANK YOU SO MUCH!!!!"

"Play To Win" was released in October 2018 via STRIKER's independent label Record Breaking Records. The LP was produced by the band, with mixing and mastering by Hendrik Udd (FIREWIND, POWERWOLF, HAMMERFALL, DELAIN).

"Metal/Hard Music Album Of The Year" nominees were as follows:

A complete list of Juno Awards winners can be found here.