The stars are aligning for the new Rossetti Productions movie "God Gave Rock 'N' Roll To You". The rock stars, that is.

Writer/director Chip Rossetti announced the project in June and cameras will roll this fall in Nashville, Tennessee. There has been a constant stream of news coming out of the Rossetti Productions camp about the movie and the hype around the project continues to increase as posts about cast members stir excitement on social media and the Internet at large.

Initial interest swelled with the release that PETRA singer John Schlitt was cast as one of the lead characters in the movie. Following this was that up-and-coming rockers CHAOTIC RESEMBLANCE would be playing the band IRON CROSS in the movie. After that, the stars have continued falling into place.

STRYPER drummer Robert Sweet joined the cast playing, of all people, himself.

"Robert was one of our first choices for this," Rossetti said. "This story is very similar to STRYPER's story, and who better to be involved then someone that lived through it?"

This week Rossetti Productions followed up the Robert Sweet casting with the announcement that rockers Troy Luccketta and Eric Brittingham would also be bringing their talent to the film.

Luccketta is best known as the drummer for the '80s mega band TESLA. Troy started playing drums at 10 years old and has a wide variety of musical tastes, including CREEDENCE CLEARWATER REVIVAL, Neil Diamond, LED ZEPPELIN, and Latin-style percussion. Troy grew up in the east San Francisco bay area playing in bands such as WHISPER, BENNY AND THE JETS, 415 and the ERIC MARTIN BAND before joining TESLA in 1985. A firm believer and outspoken Christian, Troy is excited to join the cast of "God Gave Rock 'N' Roll To You".

"As soon as I read the script," Luccketta said, " I knew it was a truly inspirational story for those who take a stand in faith. I loved it".

Brittingham is best known for playing bass in the iconic '80s band CINDERELLA. Eric was born in Salisbury, Maryland. In addition to CINDERELLA, he was in a side-band with CINDERELLA bandmate Jeff LaBar, of which his wife, Inga Brittingham, was the lead vocalist. Now living in Nashville, Eric saw it as a great opportunity to join the cast of the movie.

"I'm excited to be a part of a movie with such a positive message", Brittingham said. "And the fact that it is about a band in 1987 just makes it that much more awesome."

Set in 1987, "God Gave Rock n Roll To You" tells the story of IRON CROSS and their attempt to cement their place in rock 'n' roll history.

Production of "God Gave Rock 'N' Roll To You" is slated to begin in early November in and around the Nashville, Tennessee area.

Rossetti Productions has produced 15 feature films, all in the Christian, faith-based and family genres. 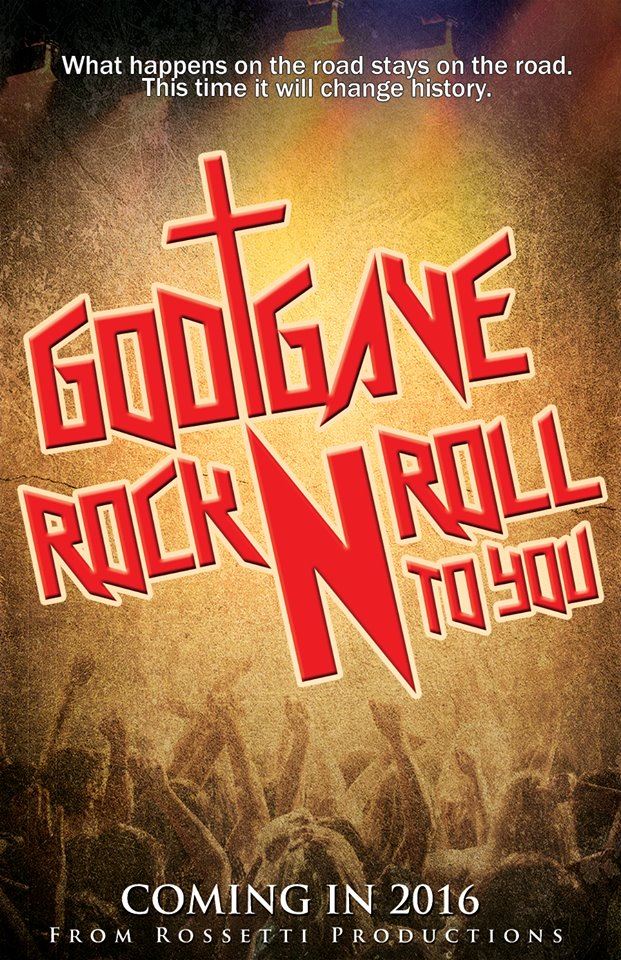