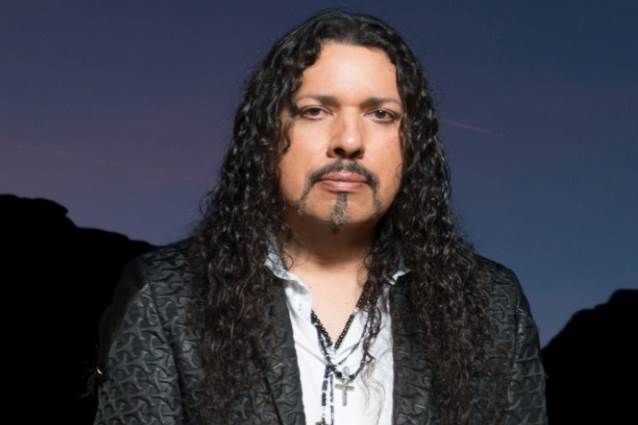 STRYPER guitarist Oz Fox will undergo a brain biopsy after he reportedly fell down during a concert last weekend.

Fox suffered a seizure while performing with SIN CITY SINNERS Saturday night (August 11) at Harrah's in Las Vegas, Nevada. He was immediately transported to a local hospital, where medical personnel ran extensive tests to determine the cause of the seizure.

Earlier today, Oz's wife, Annie Lobért, revealed that a spinal tap found "no infection," but that "Oz needs a procedure for biopsies on his brain."

Despite the troubling news, Lobért assured fans: "We trust God no matter what. This is how we fight our battles — it may look like we’re surrounded but God is surrounding us.

"Oz says he just wants to get home and play his guitar — get better and get back on stage."

Formed 35 years ago, STRYPER is the first overtly Christian metal band to go mainstream. The group's name comes from Isaiah 53:5, which states: "But he was wounded for our transgressions, he was bruised for our iniquities: the chastisement of our peace was upon him; and with his stripes we are healed."

Update on Oz Fox: Spinal tap results in: No infection, but Oz needs a procedure for biopsies on his brain.