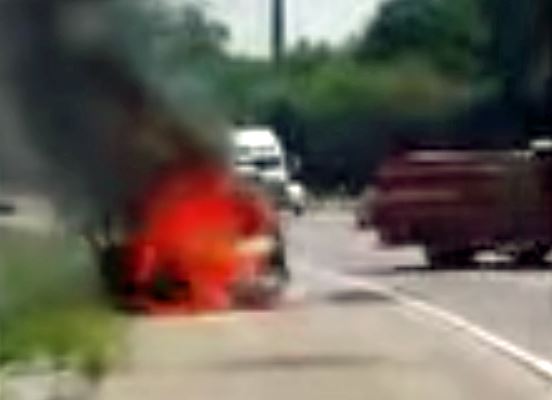 BONZ, the band led by STUCK MOJO vocalist Bonz, has been forced to cancel dates on the current leg of its "Broken Silence" tour through August 15 in Beckley, West Virginia. The band was involved in a fire in which their van and trailer were destroyed en route to the tour's opening show in Lansing, Michigan. See video below.

BONZ will resume the tour on September 11 in Slidell, Louisiana.

"For those of you who are not aware, on Thursday the band was en route to its kickoff show in Lansing, Michigan, and perhaps the most horrifying event occurred. Our van burst into flames, and it, as well as our brand new trailer are a total loss. The band and our gear managed to come out unscathed, but our transportation did not.

"We are currently back safe at home and taking the steps necessary to rock the next leg, which kicks off in Slidell, Louisiana on September 11.

"All of your support and kind words mean the world to the band. We appreciate all of the offers of assistance and inquiries of how our FAM can help out. You can also help the band incredibly by purchasing our album online or pick it up in stores, or pick up something from our official website.

"This band has overcame adversity many times, and this is just a minor setback. With the collective strength of the band and its FAM, we'll be back in no time, stronger and more driven than ever.

"Thank you again to all for your understanding, and all who continue to lend their help and support. WE LOVE YOU!" 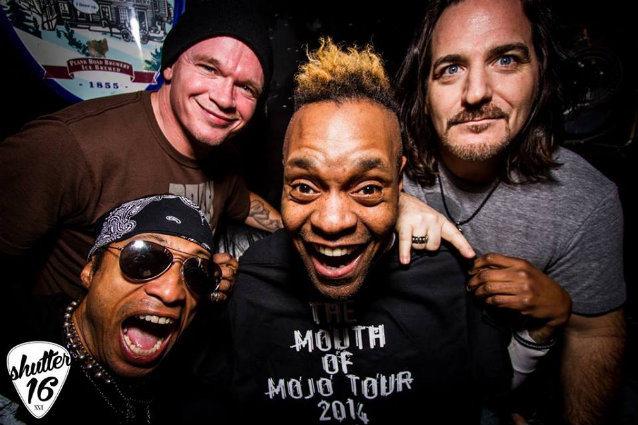