Legendary rockers STYX and comedy legend Larry The Cable Guy are joining forces for the first time ever to rock and "Git-R-Done". They're coming together for seven unforgettable nights of hits and jokes billed as "Laugh. Rock. Seriously." starting March 21 in Fargo, North Dakota at the Scheels Arena. The short trek will bring them to Minot, North Dakota on March 22; Billings, Montana on March 23; Lincoln, Nebraska on March 27; Sioux City, Iowa on March 28; Cedar Rapids, Iowa on March 29; and Champaign, Illinois on March 30. Tickets for the shows go on sale Friday, November 30 at 10 a.m. local time at StyxWorld.com.

Check out the official trailer for the "Laugh. Rock. Seriously." shows below.

"We first ran into Larry The Cable Guy at a convenience store in Sarasota, Florida many moons ago," says STYX guitarist/singer Tommy Shaw. "Now we are pairing up for a fun night of music and comedy, something we could all use a big dose of! I'm ready! Are you? Let's do this!!!"

Larry The Cable Guy, on the other hand, has a hidden agenda as to why he is performing the shows. As he explains: "Ever since I ran into Tommy at a convenience store in Florida, I've always wanted to work some shows with the iconic band STYX. Not only because their music has been a soundtrack to my life, but also to try and get back the 18 bucks I loaned him for honeybuns and coffee from that day in Florida."

In addition to these shows, STYX is already starting to map out its ongoing headlining tour in support of its critically acclaimed 16th album, "The Mission", which was released June 16, 2017 on the band's label, Alpha Dog 2T/UMe. At a very special tour stop, STYX will be performing "The Mission", which critics have called "a masterpiece," in its entirety for the first time ever on Sunday, January 20 at The Pearl at Palms Casino Resort as part of a two-act concert event. The second act will feature all of STYX's classic hits.

A special two-disc reissue of "The Mission" was released on July 27, 2018 via Alpha Dog 2T/UMe, which includes a CD of the original album, as well as a Blu-ray of "The Mission" mixed in 5.1 Surround Sound by Tommy Shaw and producer Will Evankovich accompanied by stunning visualizations for each of the album's 14 songs based on the album artwork. Other extras on the Blu-ray include: "The Making of The Mission Documentary" of exclusive interviews of Shaw and Evankovich, four music videos — "Gone Gone Gone" (official video),"Gone Gone Gone" (video created by NASA),"Radio Silence" (lyric video) and "Radio Silence" (live video from Syracuse, New York) — and three hi-res audio playback modes. 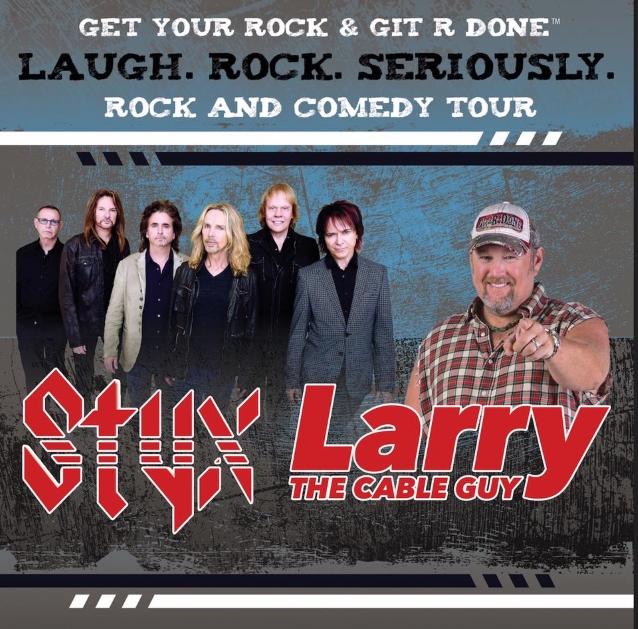