Written and directed by Stefaniuk, "Suck" is about a group of musical wannabees in search of immortality and a record deal. The rock band THE WINNERS have sunk so low, they will do anything to make it big. After a life-changing encounter with a vampire, they rocket to stardom only to discover that fame and fortune are not all they’re cracked up to be. 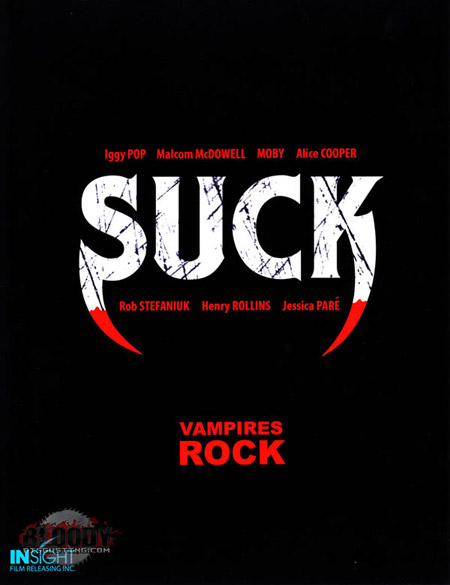