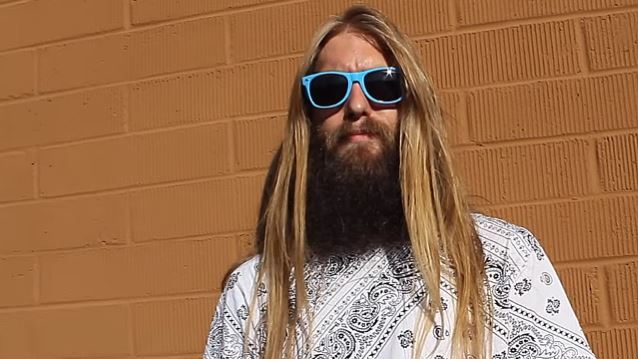 SUICIDE SILENCE Is Ready To Start Work On New Album

The Age Of Metal recently conducted an interview with guitarist Mark Heylmun of California deathcore masters SUICIDE SILENCE. You can now watch the chat below. A couple of excerpts follow (transcribed by BLABBERMOUTH.NET).

On whether SUICIDE SILENCE has commenced the songwriting process for the follow-up to 2014's "You Can't Stop Me" album:

"We're always writing. Basically, when we first decided to move forward with the band [after the 2012 death of singer Mitch Lucker], the decision was to headline everything and play as many big festivals and get on as many big shows as we could, just because that's what we wanted to do. We wanted to either headline, so that we could establish ourselves as SUICIDE SILENCE still with [new singer] Eddie [Hernan Hermida] and with the new band, basically. We never really expected to get a support tour offered like this [KORN tour]. So the fact that this kind of came along at this point just felt like the perfect time to say, 'All right, this KORN tour seems perfect and a perfect way to really wrap up the fact that we have been supporting 'You Can't Stop Me' in our own way by headlining and not going and getting any support tours. And the fact that this came along, it was just like, 'All right, let's go do this and take off Christmas and, yeah, get home and just continue to jam, continue the creative aspect of the band, 'cause we've been on tour since January last year pretty much non-stop. So, yeah, we're pretty tour worn and ready just to put our minds to working on new music more so than just sporadically talking about it and jamming when we have time."

"Next year, probably getting in the jam room and throwing down some new tunes and recording some new ideas, and really focusing on the music and not so much touring. Getting off the road for a minute and focusing on being creative and being the band that we are and not the working band that we are. But, yeah, I mean, there couldn't really be a better tour for us to use as an inspiring step forward. Watching [KORN] play that first record in its entirety every night, it's been super inspiring, and we're really ready to get home for the holidays after this, do Thanksgiving and Christmas, and really just start hitting it, as far as writing goes."

On the idea to release the "Sacred Words" EP:

"The idea came from the fact that we just did a whole long 36-date tour in Europe, and we were gonna be on this [KORN] tour, and this is kind of a culmination of our album cycle, or whatever you wanna call it, for 'You Can't Stop Me'. We recorded every single show we did in Europe, like multi-track, so we had that, and we were, like, 'We wanna put some of these tracks on some release. And we're gonna be on this KORN tour. Let's put out a digital EP, so that we could kind of keep this cycle going and kind of bring new life to it.' And those live tracks are fucking awesome — they sound really, really good. We were on tour for goddamn two months in Europe, and this particular show that we took it from [RockPart festival on August 9, 2015 in Hungary], we'd probably already played thirty-something shows, so we were on fire on the recordings; it sounds awesome. And we just wanted to give something to the fans to have while we're on this awesome tour. If we have the opportunity to release something, then we can, and that's why it's just digital. So you can get it online. And it's basically just a treat for the fans based on the fact that we were on tour for so damn long, and we've got all these live tracks, so we just wanted to put it out."

"The EP, the only thing that's different on the EP that… We put an instrumental version of 'Sacred Words', and then there's a remix version it, which is Ben Weinman from THE DILLINGER ESCAPE PLAN's remix of it. So those two aren't on the album. And then there's live tracks, which are particularly good recordings that we liked that captured the live energy that we thought was sick, so we threw those on there too." 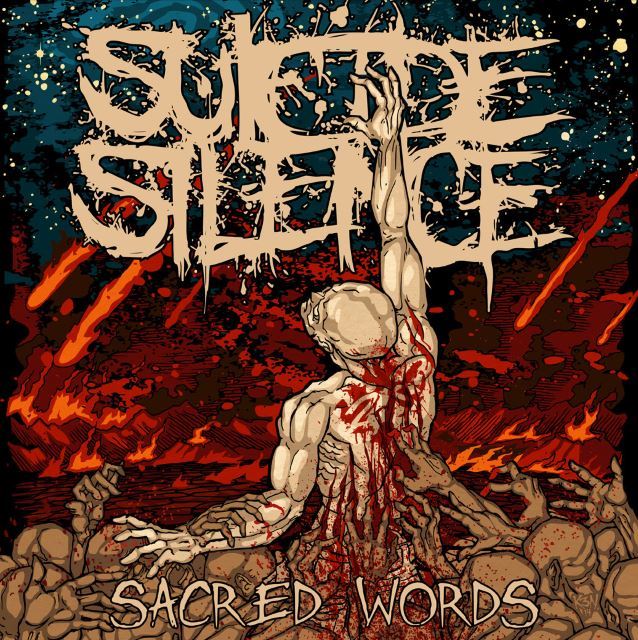