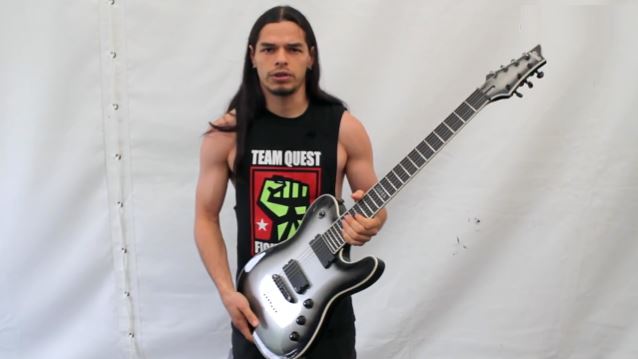 On July 27, Mark Uricheck of Coal Region Rock conducted an interview with guitarist Chris Garza of California deathcore masters SUICIDE SILENCE. You can now listen to the chat in the YouTube clip below.

SUICIDE SILENCE's new album, "You Can't Stop Me", sold around 15,000 copies in the United States in its first week of release to debut at position No. 16 on The Billboard 200 chart.

The video for the "You Can't Stop Me" title track can be seen below. The clip was directed by Nathan "Karma" Cox, who has previously worked with LINKIN PARK, BLACK VEIL BRIDES and MARILYN MANSON, among many others.