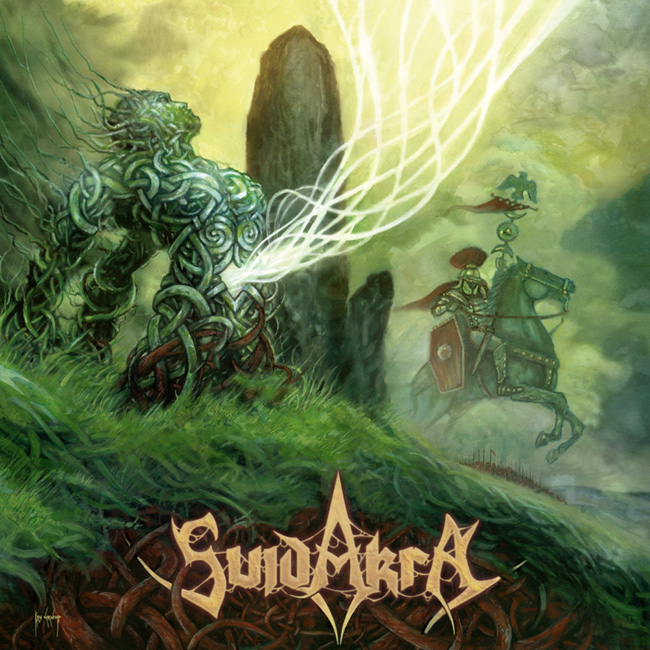 SUIDAKRA: 'Caledonia' To Receive North American Release In May

German melodic black/death metallers SUIDAKRA will release their new album, "Caledonia", in North America on May 22 via Locomotive Records.

In other news, SUIDAKRA will team up with ENSIFERUM for a European co-headlining tour beginning mid-April. Exact cities and dates will be announced soon.

SUIDAKRA's video for the song "The IXth Legion" has been posted online at YouTube.com. The track comes off "Caledonia", which was released in Europe on November 17 via Armageddon Music. The follow-up to 2005's "Command to Charge" was recorded by Martin Buchwalter at Gernhart Records studio in Siegburg, Germany and features artwork by Kris Verwimp. The album photography was handled by Axel Jusseit, who previously worked with the group on 2003's "Signs for the Fallen". The mastering was done by Michael Schwabe at Monoposto Mastering (SUBWAY TO SALLY, DIE TOTEN HOSEN) in Düsseldorf, Germany.

According to the band, "'Caledonia' adopts the lyrical concept of ancient Scottish history, which explains songtitles such as 'Highland Hills', 'Forth-Clyde' and 'The IXth Legion'."