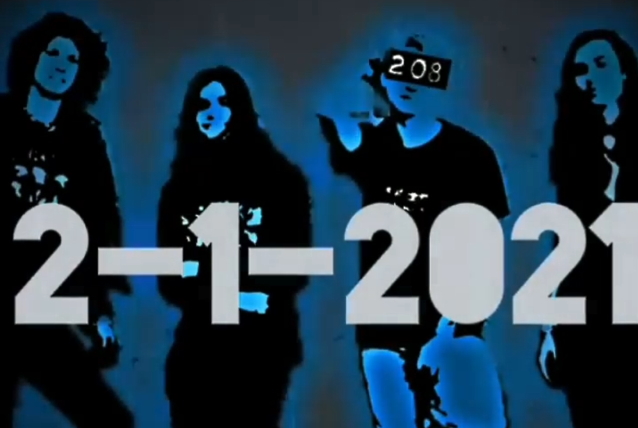 SUSPECT208 will release the first single with its new singer on February 1. The track, which can be previewed below, will arrive less than a month after the departure of Noah Weiland, the son of late STONE TEMPLE PILOTS vocalist Scott Weiland.

Although SUSPECT208 has yet to officially announce its new frontman, Internet sleuths have apparently identified him as Cody Houston, whose Instagram was recently followed by the band's official account.

SUSPECT208, which includes drummer London Hudson (18-year-old son of GUNS N' ROSES guitarist Slash) and 16-year-old bassist Tye Trujillo (son of METALLICA bass player Robert Trujillo),announced Weiland's departure on January 8. At the time, SUSPECT208 confirmed that it had fired Noah, explaining that he "was not writing lyrics or lifting his weight in the band for two months before we let him go. He was heading down a dark path of drug use that got in the way of our friendship as well as the band. Lastly, there were many instances of blow-ups over very small issues we'd confront him with."