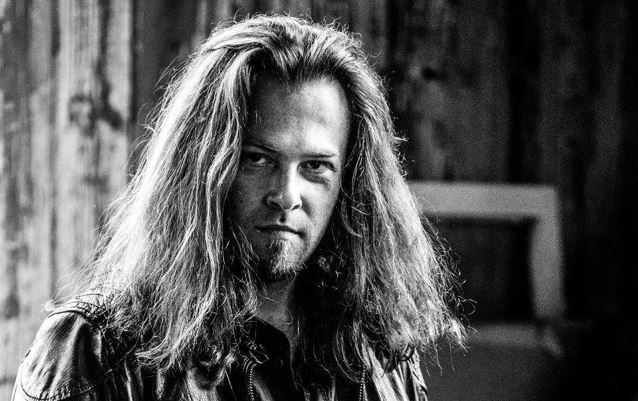 Norwegian metallers SUSPERIA have announced the addition of singer Bernt Fjellestad (GUARDIANS OF TIME) to the group's ranks.

Says SUSPERIA in a statement: "We have known Bernt for a long time and he has stepped in as a vocalist for SUSPERIA on several occasions over the last years.

"We know that this talented singer and good friend will fit perfectly in the SUSPERIA family, and we will now let you listen to a few snippets from the pre-production of our new album. Hope you like it!"

Vocalist Pål Mathiesen (a.k.a. Athera) quit SUSPERIA in May. He explained in a statement: "Considering my health situation and lack of progress contributing anything to my beloved band the last few years, I have decided to pull myself out of the mix and let the guys continue on without me. We remain the best of friends and this is not a breakup due to any bad circumstances. It's simply me realizing I cannot deliver what you as fans and the band expects of me anymore. And I do not want to hold this brilliant band back anymore. They deserve better and you guys deserve to hear more new music."

SUSPERIA previously stated about the upcoming CD: "It gives us goose bumps when listening through all the songs. It's going to be raw as fuck!

"This album will be a mix between 'Predominance' and 'Unlimited', and for the first time in many years we feel that the music is back to where it should be."

Athera will play his last show with SUSPERIA on October 3 at the Trondheim Metal Fest in Trondheim, Norway.

SUSPERIA in 2011 released a CD celebrating its 10-year anniversary as a recording artist, "We Are The Ones".