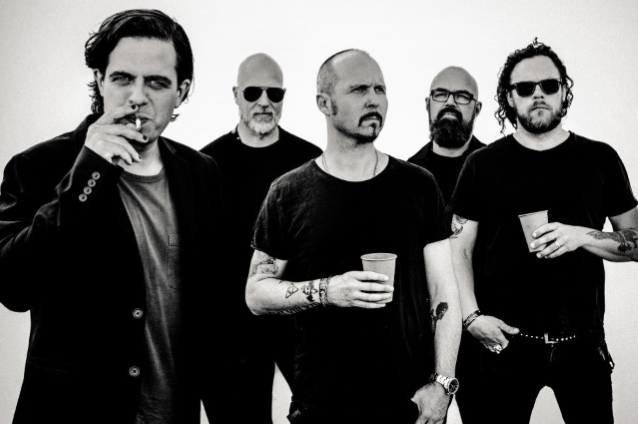 Who does not remember GARBAGE's "Only Happy When It Rains"? The song was one of the big hits of the '90s and the video was shown on MTV around the clock. Now the Swedish industrial pioneers MISERY LOVES CO. have released the song in a pitch-black version that will be as loved by the metal audience as the goths.

With its unique sound, MISERY LOVES CO. seems to be able to take on any song and make it sound like it was its very own. Just remember "Complicated Game" (XTC) from the "Not Like Them" album or "The Drowning Man" (THE CURE) that the band performed at the Sweden Rock Festival this summer.

Now it's time for GARBAGE to be filtered through the group's carbon-black filter. The result? Well, it's by far MISERY LOVES CO.'s all-time most exciting cover. This is a version that requires to be played on the biggest scenes and it will surely bring the goths, the metalheads and the alternative rock audiences to their knees.

"Only Happy When It Rains" was mixed by Roberto Laghi (IN FLAMES) in Gothenburg and mastered by Richard Sporrong in Uppsala. Artwork was created by Jerker Josefsson, with the cover photo by Patrik Wirén.

Until 2016, when MISERY LOVES CO. returned to the live stage at Gefle Metal Festival (Sweden), Bloodstock (U.K.) and Brutal Assault (Czech Republic) and has since then done club shows in Stockholm, Gothenburg and Uppsala. In 2017 they also boarded the world's biggest metal cruise, 70000 Tons Of Metal.

A year after the band's return, the instant MISERY classic "Would You?" was released digitally in June 2017. In March 2018, another song — "Suburban Breakdown" — hit the digital platforms all over the world. This summer, the band played a much-talked-about show at the Sweden Rock Festival and more concerts will follow in Sweden around the release of "Only Happy When It Rains". A full album is planned for 2019. 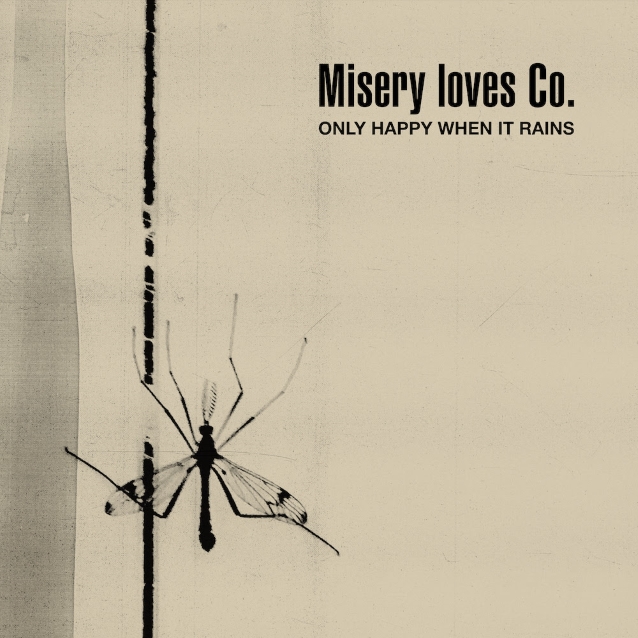