SYSTEM OF A DOWN Drummer On 'These Grey Men' Solo Album: 'I Needed An Outlet For My Artistic Energy'

John Dolmayan, the drummer of Grammy Award-winning, multiplatinum Los Angeles quartet SYSTEM OF A DOWN, has announced his debut solo album, "These Grey Men". The eight-track LP, out Friday, February 28, is an eclectic collection of reimagined songs Dolmayan was inspired by during many drives between Los Angeles and Las Vegas. "These Grey Men" features special guest artists including M. Shadows of AVENGED SEVENFOLD, Serj Tankian of SYSTEM OF A DOWN and Tom Morello of RAGE AGAINST THE MACHINE, among others, with a bulk of the album recorded at Dave Grohl's Studio 606.

"While I was driving, I'd put on satellite radio and listen to whatever came on," says Dolmayan. "Oftentimes, I'd hear something and ask myself how I would play or arrange it. I actually started to make a list of about 30 songs I might cover someday. I just got inspiration from desert driving and listening to music. SYSTEM wasn't making music at the time, but I needed an outlet for my artistic energy. So, I whittled down the list and reached out to some artists I wanted to work with."

Through the album's track list are standouts including powerful renditions of notable song's such as the leadoff single, "Street Spirit", a lively cover from the RADIOHEAD catalog that catapults the song into a new dimension with M. Shadows of AVENGED SEVENFOLD on vocals and a blistering guitar solo from Tom Morello. Jon Blistein of Rolling Stone noted, "Dolmayan's cover itself is a complete transformation of 'Street Spirit', making it a larger-than-life arena rocker that still retains the same pathos as the original. The track ends with the delirious buzz of Morello's guitar."

"It's from my favorite RADIOHEAD album," notes Dolmayan. "In terms of approach, I thought about how it might sound if John Bonham was on it. I tried to channel that a little bit. It was the first time I worked with M. Shadows, and he hit it out of the park. Tom came in and did a fantastic guitar solo. For all of these, we tweaked them to the point where they became our own versions."

Other tracks that break into new sonic territory include the high-voltage revamp of David Bowie's "Starman" that rejoins Dolmayan with SYSTEM OF A DOWN vocalist Serj Tankian. Dolmayan's commanding drumming also links with Tankian on a spirited arrangement of TALKING HEADS' "Road To Nowhere".

"Since Serj is the singer of SYSTEM, I know where his vocals are going to go before he does," smiles Dolmayan. "I play drums to the melody. I was able to cater to what he had in mind. He did a phenomenal job on both songs. He has the same quirky element to his vocals that David Bowie did, so it was a perfect mix. He really stepped up on 'Road To Nowhere' too."

Furious drum fills fire up a propulsive reinterpretation of Madonna's "Hung Up" with new lyrics and "a hat tip to 'Ohio' by CROSBY, STILLS, NASH & YOUNG." The track vaults from a wild riff into a shimmering disco breakdown before a hypnotic bridge carried by Armenian superstar Sirusho on the mic.

Over a span of five years, Dolmayan carefully assembled what would become "These Grey Men" joined by James Hazleyon guitar, Tom Coppossela on bass, and Danny Shouman on keys for the bulk of the project. Choosing eight diverse classics from the popular music canon, Dolmayan recorded his parts at Dave Grohl's legendary Studio 606 and personally arranged strings at Toys Of The Masses.

Produced by John Dolmayan with James Hazley, the title for "These Grey Men" was birthed from conversations with a close friend, a former U.S. Navy S.E.A.L.

"A buddy of mine is a former Navy S.E.A.L., and he was staying at my house when I was making the album," Dolmayan says. "He's a very introspective guy and a really good person. We'd have these long conversations. He told me S.E.A.L.s would always try to be nondescript. You would never notice them in a room. In other words, they were 'Grey Men.' He said, 'They're kind of invisible — similar to a drummer.' We thought it would be a great title, because many people don't necessarily notice the drummer unless there's a mistake."

"I'm very appreciative of everyone who took time to work on this," adds Dolmayan. "Fans have been waiting for a while, and I just can't wait for them to hear it." 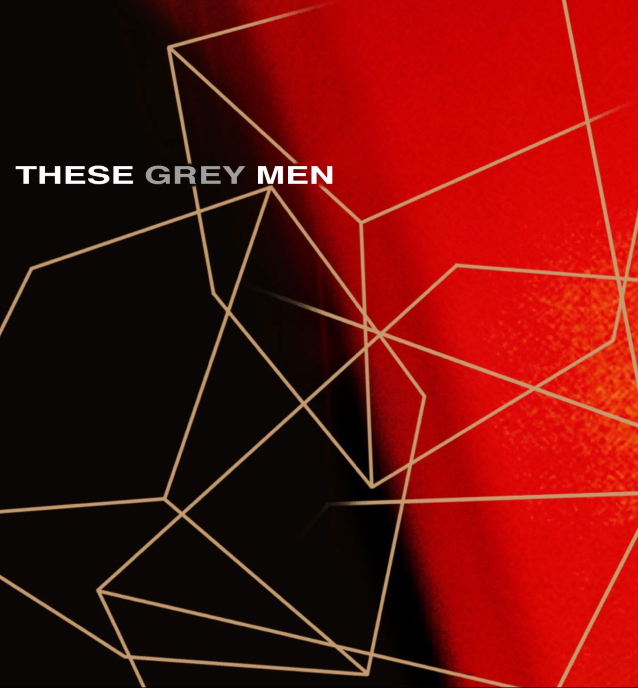