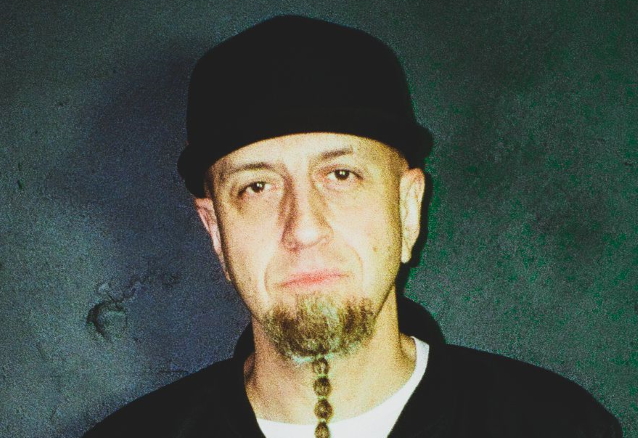 SYSTEM OF A DOWN bassist Shavo Odadjian spoke to Rock Sound about the effect the coronavirus-related lockdown has had on the economy, particularly small businesses, many of which have been forced to shut down, some permanently.

"Before they locked us up, I was saying, 'Hell no are they gonna lock us up. How can they do that? How can they cut out small businesses?'" Shavo said (see video below). "'Cause that's who I really feel for. Fuck me getting locked up. It's okay — I have a family, I have children, I get to do work over Zoom, I get to talk to [people like] you — that's okay with me. But I really feel for the small businesses — I feel for them — especially in America.

"When they locked us up again, they closed up the little places," he continued. "I feel like it's a corporate takedown. The billion-dollar companies are making billions of dollars during the pandemic, and then the little companies are falling apart. It's just what's happening, 'cause they're shutting them down. And the big companies are taking over — the Walmarts, the Amazons are taking over, because that's the only way you can get something. The Targets — they've become essentials, and everybody else hasn't. It's crazy.

"I did not believe that this could happen and the world could go on this way, but it is. But I really feel bad for the owners of the small businesses who worked their asses off, families, for years to build something out of passion and hard work, and then they have to just shut down, because the government just tells them, 'You've gotta shut down.'

"I get it. Safety — I'm all about it," Shavo added. "Masks — I'm all about it. Of course. If it's gonna help, I'm gonna do it. It's not that. I'm not one of those people, 'No way. I don't think it works.' I'm not a doctor. I'm not the one that says that. If it works, I'm doing it. If it works for the rest of the world, I'm gonna do it. But to shut down these businesses? Just like that, without hesitation, saying, 'This is the best thing for you guys'?

"Every state is different. Every state has another rule here in America. That's why, I think, we are still in this pandemic so bad, apart from the rest from the world. Because I don't feel like we have much unity. I think [it's] because every state is separate. It's to each his own. And one guy thinks we should shut everything down; the other guy thinks we should shut nothing down. One guy we should wear masks; the other guy says, 'No masks. We don't care. Masks don't work.' So it's up in the air. It's like a juggling… How you align things when everything is in the air?"

"Vol. 1" features the hard-hitting, previously released debut track "Like That?" and two other songs — rabble-rousing protest anthem "Shot Guns" and biting critique of the hypocrisy of the current social media landscape, "Die For The Pic", for which NORTH KINGSLEY has released an official music video.