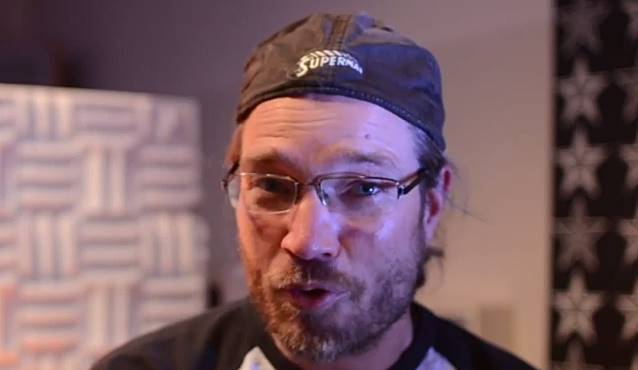 German alcoholic thrashers TANKARD entered Studio 23 in Frankfurt, Germany last monh to begin recording the follow-up to their acclaimed 2012 album "A Girl Called Cerveza". Entitled "R.I.B." (Rest In Beer), the new CD will be released on June 20 via Nuclear Blast.

The second video report from the studio in which TANKARD manager Uwe "Buffo" Schnädelbach and guitarist Andreas Gutjahr explain the recording progress and reveal some new details of the album can be seen below.

Taking inspiration from the motto "never change a winning team," TANKARD is working with producer Michael Mainx (BÖHSE ONKELZ, DER W, D-A-D, DISBELIEF), who helmed the band's last effort. TANKARD has also chosen to use Patrick Strogulski, who created the artwork for "A Girl Called Cerveza" and is also a student of Sebastian Krüger, the artist that was responsible for TANKARD's previous album artwork up to the 2012 release.