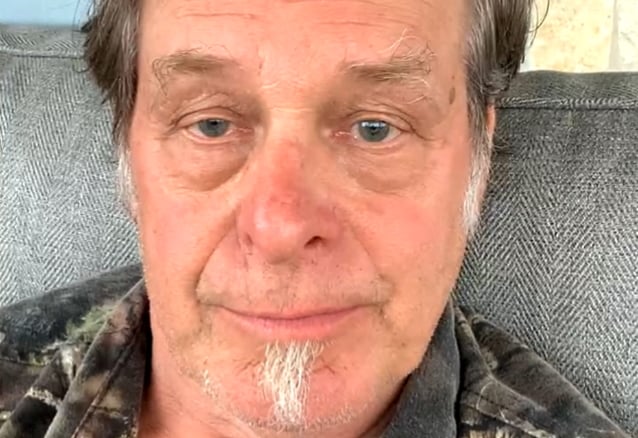 TED NUGENT: 'If You Are On The Side Of JOE BIDEN, You're Just Plain A Rotten Human Being'

Ted Nugent has declared Joe Biden a "rotten" human being and railed against Democrats who support the president's "ugly policies."

The outspoken conservative rocker, who is an avid supporter of former U.S. president Donald Trump, discussed Biden's performance during an appearance on "The Wild Initiative" podcast.

He told host Samuel Ayres (as transcribed by BLABBERMOUTH.NET): "You say that some of the liberals have good intentions. I haven't met one. And I meet an awful lot of people. Because if you are on the side of Joe Biden, you're just plain a rotten human being. You support a man with a liberal agenda that renegotiated all the contracts with the globe that Trumpfinally negotiated on behalf of our country. That's not my hunch; that's not a guess; that's not an opinion. Trump renegotiated global contracts for the first time in my lifetime to actually benefit America, and Joe Biden reversed them to hurt America. So if you're a liberal and a Democrat, you're the enemy of freedom. And if you don't believe in those ugly, ugly policies, then you have to quit."

Nugent has repeatedly said that last year's presidential election was a fraud, insisting that "hundreds of thousands of dead people" voted and claiming that machines were "rigged" to give a Donald Trump vote to Joe Biden.

DEE SNIDER And Z2 COMICS Honor His Fight Against Censorship And PMRC in Original Graphic Novel, 'He's Not Gonna Take It'