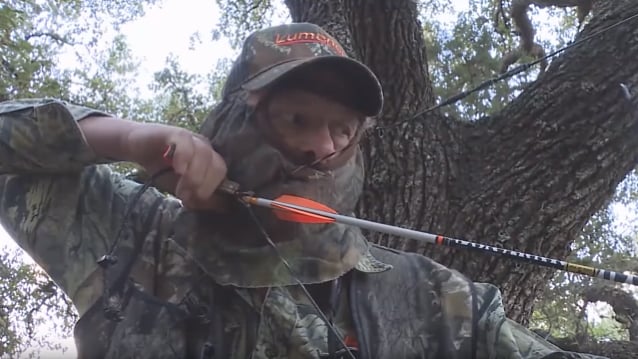 According to Fox 13 Tampa Bay, legendary rocker Ted Nugent pledged a reward for information that could help lead to the arrest of the person or people responsible for shooting deer with arrows.

At least four deer have been shot in the Lansbrook Community in Palm Harbor. Several disturbing images have been shared online, including one photo of the deer with an arrow in its neck sticking out the other side, another of a deer with an arrow through its back left leg, and a third of a fawn with what appears to be an arrow in its back right leg. A fawn died from its injuries earlier this week.

Nugent, an avid hunter, is offering up a $5,000 reward for any information that could help lead to arrest of the person or people responsible.

"Like everybody with a conscience and a soul and any intellect at all, we are aghast, we are angry and we want to hold the guilty vandals accountable," Nugent told Fox 13.

Three years ago, Nugent defended trophy hunting, caling it "the ultimate discipline and test and sport on Earth." However, he stressed that it is most important that nothing is wasted and that the hunter uses every part of the animal. He also said that hunters get a bad rap thanks to the media. "Trophy hunters don't cut off the head and leave the body there [like] the media and the fake-news punks have perpetuated," Nugent said.

Back in 2015, Nugent drew the ire of animal rights activists after he posted a photo of fellow rocker Kid Rock posing with a cougar he'd presumably killed.

Nugent, who recently resigned from the board of the National Rifle Association (NRA) after 26 years, fanned the flames with a comment that both insulted animal welfare supporters ("braindead squawkers") and boasted about their "trophy."

That same year, Ted defended the killing of Cecil the lion by American trophy hunter Walter Palmer, saying people were "stupid" for being outraged about the animal's death. He called lions "a renewable resource."

On Facebook, he commented: "All animals reproduce every year & would run out of room/food to live [without] hunting. The animals have more animals EVERY year!!

"Where would liars propose they live!!"

Image courtesy of My Outdoor TV