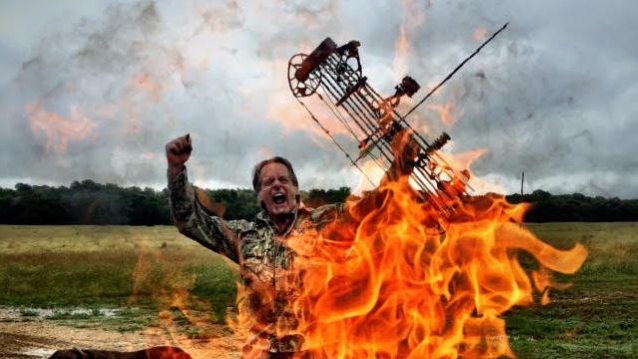 The outspoken Nugent and co-host John Brenkus, the Emmy-winning broadcaster from ESPN, make for a high-energy and entertaining combination. The show launched in June and offers a front row glimpse into musical inspirations, hilarious anecdotes, thoughtful recollections and an enviable lineup of legendary talent.

"My American Dream has been enhanced and throttled by uninhibited, non-filtered honest communication on all levels forever, and the 'Ted Nugent Spirit Campfire' exemplifies this openness and positive spiritual and intellectual adventure," says Nugent. "It's the physics of spirituality with attitude. We're having a damn rock 'n' roll riot here."

"I love the positive energy," says Brenkus. "People are saying they love this. And they're not just witnesses. They're part of the energy exchange."

Recent shows have spotlighted everyone from Billy Gibbons to Joe Piscopo.

Here's what guests have to say:

Rickey Medlocke (LYNYRD SKYNYRD): "The 'Spirit Campfire' with my brother and fellow guitarslinger Ted Nugent was absolutely off the chart and fantastic! Thank you, brother Ted, for having me on to share our history together."

Tommy Shaw (STYX): "The 'Spirit Campfire' with Ted was a heartwarming reminder of the bonds of our friendship that still endure. Fun storytelling and good laughs from the DAMN YANKEES days."

Governor Mike Huckabee: "No one approaches life with passion, precision and sheer professionalism like Ted Nugent. Ted's mastery of the spoken word is an art form."

Dave Amato (REO SPEEDWAGON): "The 'Spirit Campfire' with Ted was FANTASTIC. Talking about music and life, remembering all the great times I had when I was in his band. It's truly a campfire setting. Ted ALWAYS makes it entertaining and fun!!"

The "Ted Nugent Spirit Campfire With John Brenkus" airs live on Mondays and Thursdays at 9 p.m. Eastern on Facebook and YouTube.

When asked why the podcast has been so well received, Nugent explained: "Do not underestimate the power of a campfire — especially an all-American 'Spirit Campfire'! We welcome you all to join us live, to see what honest, unfiltered, genuine positive attitude and energy can accomplish. Communicating and celebrating all that is great about America is contagious and more vital today than ever before. Fan the flames like you mean it!"

Brenkus has been a pioneer in the fields of television, sport and science for over 25 years. As creator/executive producer and host of "Sport Science", John appeared in and produced over 1,800 segments that have been featured on ESPN's entire sports platform, including SportsCenter, Monday Night Football, the NBA Finals, Sunday Night Baseball and The Masters, just to name a few. John has won six Emmys and has written a New York Times/USA Today best seller called "The Perfection Point". In addition, Brenkus has created thousands of other award-winning films, TV shows and advertising campaigns for the largest brands in the world like Ford, Nike, Gillette, Toyota, Adidas, TaylorMade and more.

Nugent has carved a permanent place in rock and roll history as the ultimate guitar-shredding showman, selling more than 40 million albums and performing in excess of 6,700 high-octane live shows. From the ground breaking AMBOY DUKES hit "Journey To The Center Of The Mind" to classics like "Stranglehold" and "Cat Scratch Fever", DAMN YANKEES chartbuster "High Enough" and cult classic "Fred Bear", Ted's no-holds-barred career spans six decades, and has been featured on A&E's "Biography" and on VH1's "Behind The Music". Nugent was named Detroit's Greatest Guitar Player Of All Time by readers of MLive. A lifelong outdoorsman, Nugent balances the frenzy of the road with the quiet of the woods. His award-winning "Ted Nugent Spirit Of The Wild" television show recently celebrated its 500th episode.