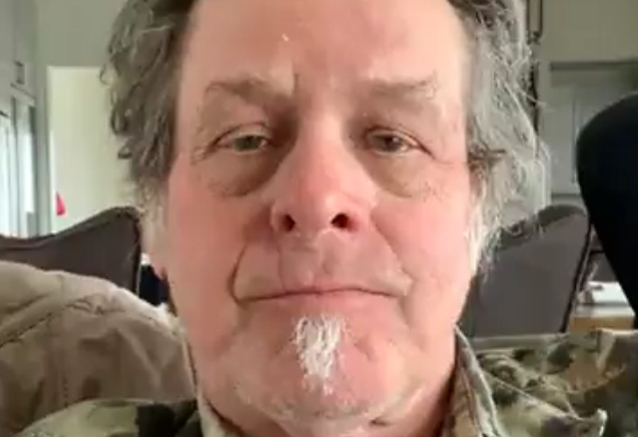 Ted Nugent has blasted President Joe Biden as "the worst human possible to represent the United States Of America." The outspoken conservative rocker made the comment while signing hats emblazoned with the words "Come And Take It", a slogan which originated in the Texas Revolution in 1835 and is now used as a symbol of gun-rights advocates and the NRA.

In a Facebook Live video from earlier today (Wednesday, March 10),Ted said (as transcribed by BLABBERMOUTH.NET): "I believe in 'Come And Take It', I believe in the Second Amendment, I believe in the God-given right and the individual, pure, natural human instinct to self-defense. And when you've got a bunch of Marxist, communist traitors infesting our government, who actually declare they're going to confiscate our firearms and violate their sacred oath to the Constitution by infringing on our right to keep and bear arms, then all across this great nation, people are saying, 'Yeah, motherfuckers, well, come and take it.' And so now, I can't keep up with the demand for this 2021 battle cry declaration of independence, the right to keep and bear arms, as guaranteed by the Second Amendment of the Bill Of Rights of the U.S. Constitution. A clear and self-evident truth, God-given individual right, pure instinct of self-defense from any evil, no matter what form it may take, especially when it looks and sounds and embarrasses us, like the president of the United States, who can't form a sentence, who is the worst human possible to represent the United States Of America."