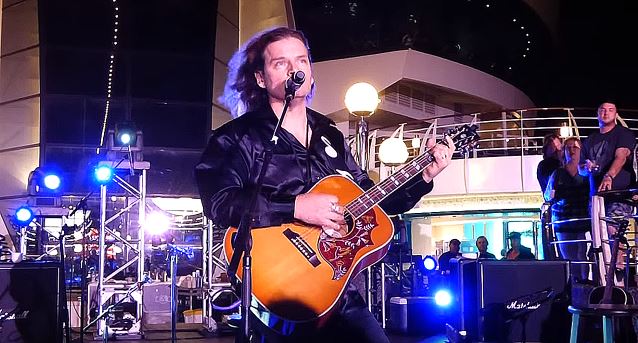 TESLA guitarist Frank Hannon paid tribute to David Bowie by performing the song "Space Oddity" aboard DEF LEPPARD's inaugural "Hysteria On The High Seas" this past weekend. Check out fan-filmed video footage below.