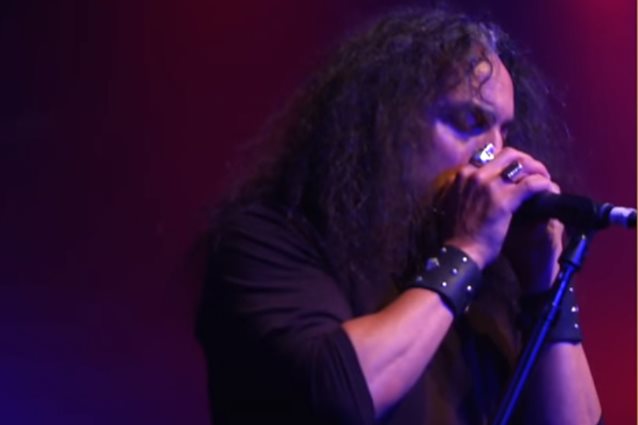 METAL ALLEGIANCE, the all-star metal band consisting of a rotating cast of musicians, including members of TESTAMENT and DEATH ANGEL, will perform at the U.K.'s Bloodstock Open Air festival on August 14 but before they leave the U.S., they will put on a very special warm-up concert. The night will include the band playing their Bloodstock setlist, which consists of specially selected covers along with METAL ALLEGIANCE original music. The band will later pay tribute to 2016 Rock And Roll Hall Of Fame inductees DEEP PURPLE by performing their classic "Made In Japan" live album — now dubbed "Made In Brooklyn" — in its entirety. This makes the night at Saint Vitus extra noteworthy as DEEP PURPLE were inducted in Brooklyn.

"It's always a great time playing St. Vitus, which in just a few years has achieved a cult status a bit like a modern version of CBGB's," comments Alex Skolnick. "Last time there, we honored vintage BLACK SABBATH (with a bit of their '78 support act, VAN HALEN, thrown in). This time around, in light of DEEP PURPLE's long-overdue induction in the Rock And Roll Hall Of Fame, METAL ALLEGIANCE will cover PURPLE's classic 'Made In Japan', which inspired many albums to come (including IRON MAIDEN's 'Maiden Japan', which we may visit at some point) and featuring many of their greatest tunes, including 'Highway Star', 'Smoke On The Water' and 'Space Truckin'' etc..).

"Although METAL ALLEGIANCE has no keyboardist, Ron 'Bumblefoot' Thal — with his unique double-neck — and I will collectively pay tribute to both Ritchie Blackmore and the great Jon Lord. It's the perfect challenge for this particular METAL ALLEGIANCE lineup and a one-time thing, so I call upon my fellow Brooklyn residents and others in the Tri-State area and beyond to come down and help us honor the great DEEP PURPLE!"

"Alex and I wanted to do something special as a warm-up before we cross the pond to the land that created metal," comments METAL ALLEGIANCE mastermind Mark Menghi. "After tossing around a few ideas, we decided to cover DEEP PURPLE's 'Made In Japan' in its entirety for a few reasons; 1) They were recently inducted into the Rock And Roll Hall Of Fame in Brooklyn earlier this year, 2) They are co-founders of our beloved genre and 3) we are heading to their home turf right after this gig for our debut U.K. show."

Ron "Bumblefoot" Thal comments, "Looking forward to playing together in Brooklyn! We had such a blast on our recent 'Destination (Almost) East Coast' tour. [I] can't wait to do it again!!"

General admission tickets can be purchased on Ticketfly.com. VIP packages that include a ticket, a meet-and-greet with the band, early entry into the show, an exclusive tee, a poster, and VIP laminate are now available for sale at ticketspin.com/metal-allegiance. 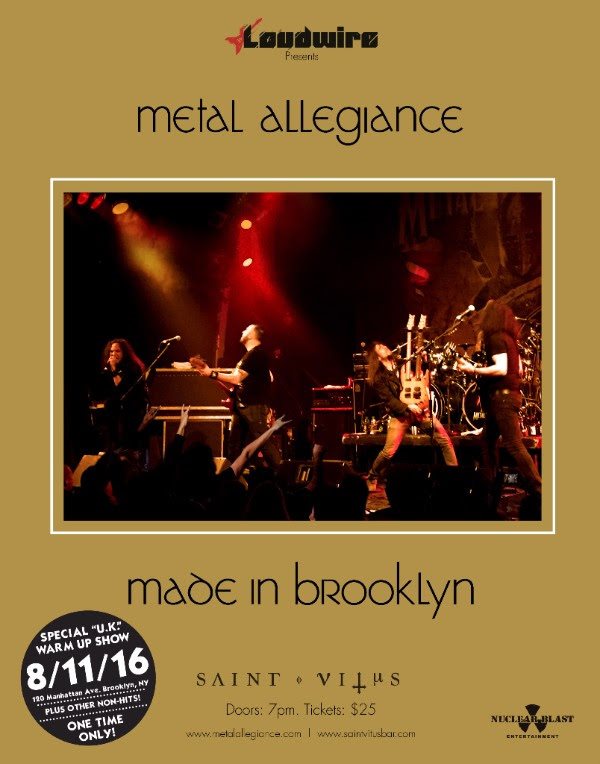