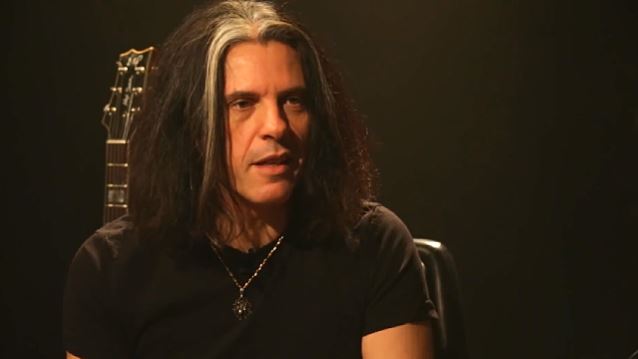 Audio samples of the last five songs from PLANETARY COALITION's 14-track debut album, which was released on November 11, can be streamed in the YouTube clip below.

An ethnically flavored collective of diverse musicians from all over the world, PLANETARY COALITION is driven by the acoustic guitar of Alex Skolnick, whose work spans jazz (ALEX SKOLNICK TRIO),metal (TESTAMENT),and world music (RODRIGO Y GABRIELA, ISHTAR). He says: "It started with a lone, handwritten sentence on a notepad, describing a musical vision: 'An ethnically flavored collective of musicians from all over the world, driven by acoustic guitar and bringing together inspirational melodies, in-depth improvisation and the passion of the musical styles of gypsy, Middle Eastern, Indian, Latin, East Asian, Mediterranean, Balkan/Eastern European, African and other indigenous lands.'

"The reality: coordinating over two-dozen musicians from five continents.

"Yet despite the numerous logistical challenges, PLANETARY COALITION has been guided by a single hope: that by weaving the threads that connect musical expressions with regional identities, we can bridge the gap between diverse cultures and people, and increase awareness of the ecological and social issues facing the planet, our island in the sky."

In an interview with Chris McGovern, Skolnick stated about PLANETARY COALITION: "It's a bit of an ambitious project, and it's going to be my first crowd-funded project, but basically it's going to be my first acoustic album, my first world music album, and it'll have some electric as well. But that's just the musical side of it. I've already written some music for it and recorded it with some great local musicians, including Max Z.T. and violinist Rachel Golub. Depending on how things go, the goal will be to involve musicians from all over the world, from different cultures and regions, and to write music around them, collaborate with them, and eventually have a social component too, where we actually tell the story of some of these regions — the untold story from their perspective, including slide shows, video, etc. It's a vision I've had for a while now, and the few times I've performed the music, the response has been very good. Even on this metal web site, BLABBERMOUTH.NET, where they hate everything, they actually seemed to really like this music. Even though it's not metal music, it has an intensity." 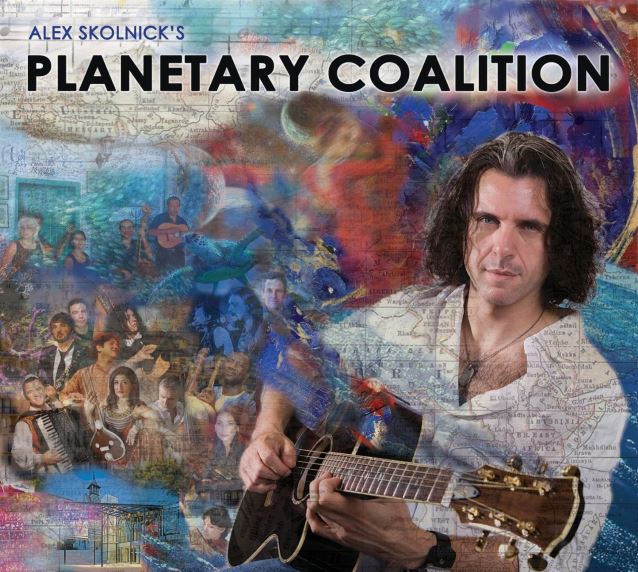