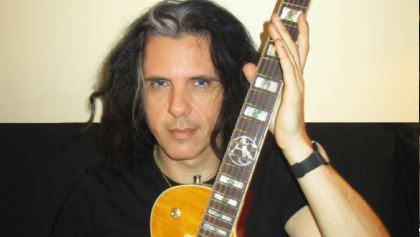 Long regarded as one of the world's finest guitar players spanning multiple genres of music, Alex Skolnick has now joined the ESP family of endorsees. Additionally, ESP has announced the introduction of the ESP Alex Skolnick EC and LTD AS-600 signature series guitars, which will be available at the beginning of 2014.

"Alex is a guitarist who inspires the highest level of respect among musicians around the world," says Jeff Moore, ESP senior vice president. "We are proud and excited to have him as one of ESP's top-tier endorsees."

Starting in 1983 as a teenage phenomenon in the metal band TESTAMENT, Alex Skolnick is one of the very few artists to receive critical acclaim as both a rock and jazz guitar player. Earning his BfA from New York City's New School University's jazz program, Alex surprised the rock world with the formation of the ALEX SKOLNICK TRIO in 2001, and has since achieved recognition and success in the hard-to-please jazz world. Alex has also performed as a member of the TRANS-SIBERIAN ORCHESTRA, and on collaborations with such luminary players as Stu Hamm, Les Claypool, Michael Manring, Ozzy Osbourne, and others.

Says Skolnick: "When ESP offered to build my signature instrument, I admit being a tad skeptical, for two reasons: First, in recent years, I've become a vintage guitar enthusiast, with standards that are tough for any manufacturers to live up to, especially those whose history begins after 1970. Second, what was being promised was a tall order: a new guitar bearing the same traditional quality I'd grown accustomed to, but with a fresh feel, a modern aesthetic, options for variation and greater durability. I'm thrilled to report that the project has succeeded on all counts.

"When the guitar first arrived, there was no question it was beautiful. Plugging it in, it sounded great. But not wishing to rest on the initial reaction alone, I began to put the instrument through rigorous challenges. First, there were blindfold tests: someone would hand me the guitar, alternating with my vintage Les Pauls and my previous signature model by Heritage, based on the Les Paul and built in the original Gibson factory (a fine instrument but somewhat 'locked in' design-wise and extremely difficult to acquire, even for me). While I won't say that they all felt exactly the same — even identical models have their own individual personalities — I will say that the new ESP felt instantly in the same league, easily qualifying for a seat at the table. At that point, I knew it was safe to move onto the next phase.

"The real tests would take place beyond my New York apartment and out in the world, at concerts, jam sessions, clinics and recording sessions. This guitar met the enthusiastic approval of all who encountered it — including many who'd be working with it on some level: from front-of-house audio engineers at concerts to studio engineers at recording sessions; from my trusted New York repair guy to traveling techs who deal with the nuts and bolts of guitars on tour full time; from the guys from TESTAMENT (who can be sticklers about what gear gets used with the band) to the guys in my improvisational trio (brutally honest in their assessments as well. I'd pass it around at master-classes, asking young students and to give me their fresh, unbiased perspective. This guitar passed everyone's tests with flying colors.

"The folks at ESP worked very hard with me on this guitar — I have to give them credit for never applying pressure, giving me all the time I needed to arrive at a final decision and respecting my previous instruments while being determined to better meet my needs. It feels great to partner with a company that has the structure in place to properly fulfill my touring requirements, make my guitars available to fans that wish to acquire them and provide the option of purchasing an exact replica of my own instrument, or a slightly scaled down version for those on a tighter budget.

"When you're just starting out, any guitar that's provided to you is cause for celebration. But years later, when you've reached that status of 'seasoned pro,' not just any guitar will do. My new signature guitar is the culmination of years of combined experience — mine as a player and ESP Guitars as one of the best-run companies out there. I look forward to playing it for many years to come." 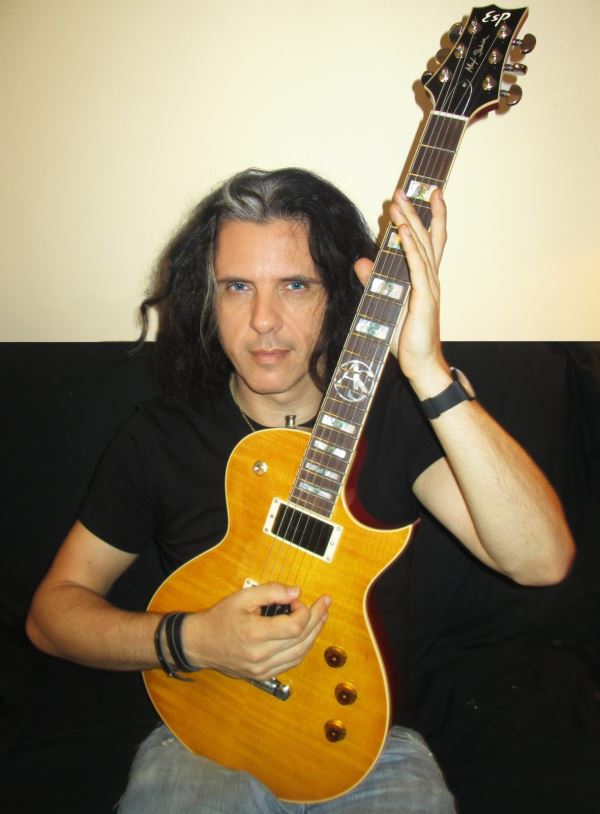