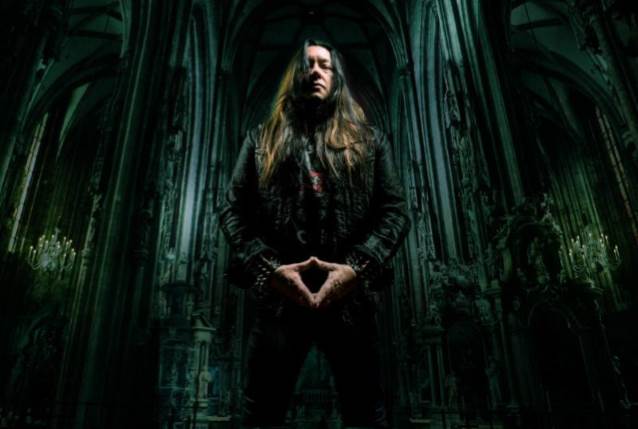 TESTAMENT and DRAGONLORD guitarist Eric Peterson will sign copies of his original 20-page full-color comic "The Burner" at San Diego's Comic-Con International during his TESTAMENT signing on Thursday, July 19 from 2:00 p.m. to 3:00 p.m. The signing will take place at the Nuclear Blast / Stern Pinball / JSR Merchandising booth (#501). "The Burner" is only available at Comic-Con International (for $15) as of now, but Peterson hopes to release the comic for sale via other retailers in the future. There are limited copies available, so comic enthusiasts and heavy metal fans alike shouldn't miss their chance to collect this special comic!

The Burner is the first ever black metal superhero. Brought to earth for centuries, avenging the souls abused by power, he now comes face to face with something he wasn't ready to fight — himself! the burner is a creature from a "dragon planet" within our galaxy who has an otherworldly and inexplicable mental connection (through dreams and visions) to Peterson's own character in the comic. In the comic, Eric thinks he's just writing DRAGONLORD songs and lyrics on his own, but little does he know, The Burner is behind it all!

"The Burner" is the first part in a series, and was illustrated by Chimp 9, Mats Engesten, Vic Moya and Ross Hughes, with cover artwork illustration by Christian Hall (AMON AMARTH, DIMMU BORGIR, TESTAMENT).

Read more about "The Burner" and the other products available at booth #501 here.

Peterson says: "I'm so excited to be at San Diego Comic-Con on Thursday the 19th with my band TESTAMENT to sign some really cool art that we have had drawn up for us, and I have a new dark fantasy comic book with black metal influences called 'The Burner' that I'll be signing there as well! Come check us out at booth #501, say hello, and pick up a copy of 'The Burner'!" 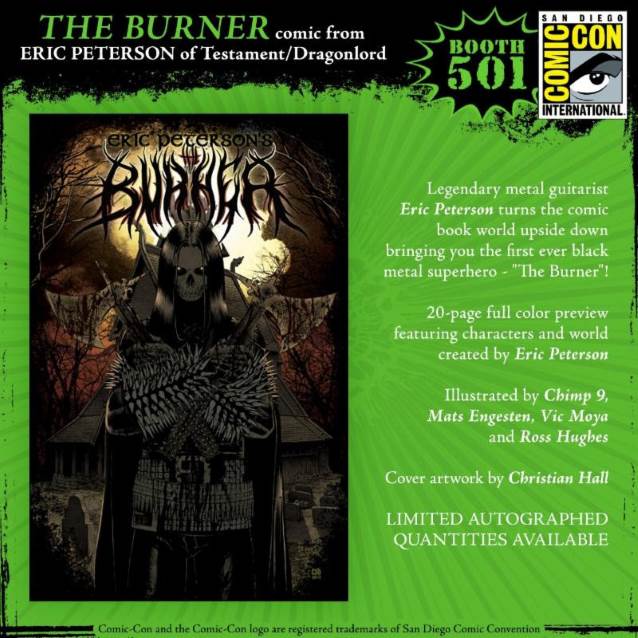