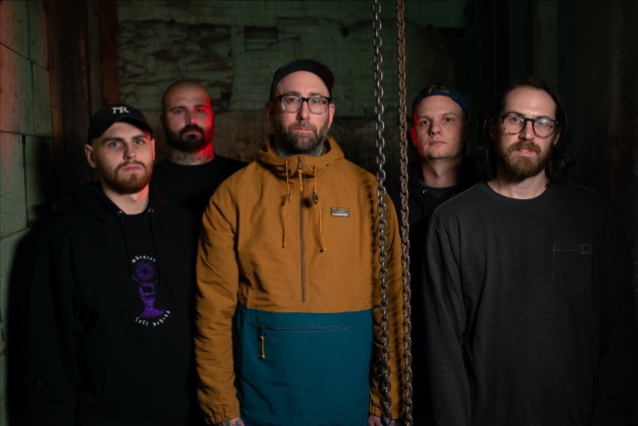 "Shoutout to Courtney for adding her expertise — and different dynamic — to this song extremely last minute," says vocalist Vincent Bennett. "Are we at the bottom? Are we at the end, or are we just getting started?"

THE ACACIA STRAIN has also confirmed that its eighth full-length album, "Slow Decay", will arrive on July 24 via Rise Records. It will include all the songs in the seven inch and digital single drops that were released between February 28 and June 12, as well as two previously unreleased tracks. The full track listing is below.

The music and the rollout itself adhere to the band's very specific vision.

"The whole concept is reality breaking down around us," says Bennett about the album. "We've done our time on earth, broken through the boundaries of what reality actually is, and we're now witnessing our collective descent into madness. Lyrically and sonically, everything reflects that. You're getting the vision piece by piece. The whole theme is a slow dive. By the same token, it organically becomes one record instead of just one big push out of the gate. As soon as you think you're getting the hang of it, we throw out a wrench with the full-length. There's no evidence to suggest we're aren't actually in a living hell. The things happening around us could be out of a comic book or a movie. The idea is, 'This can't be real.' Maybe something happened. Maybe we're all dead and we don't even know it. Maybe we're just living in some augmented reality hellscape of actual planet earth." 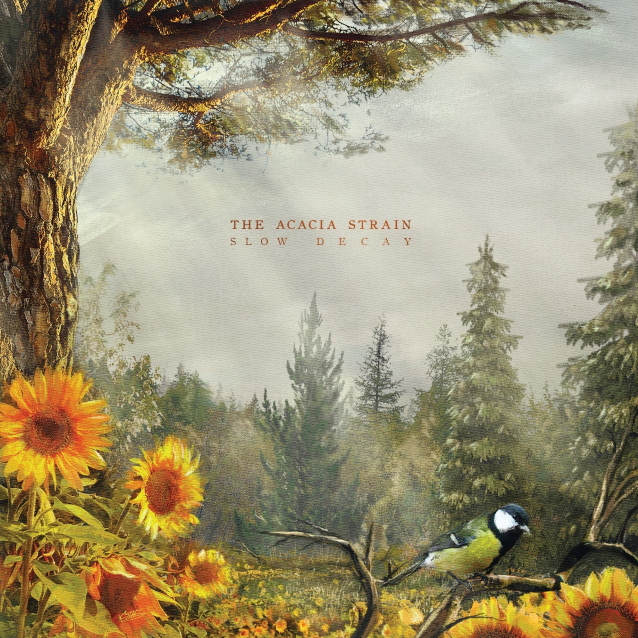 Find more on The acacia strain