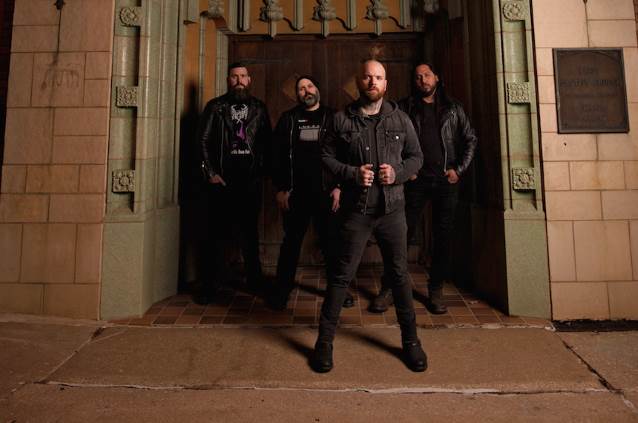 THE AGONY SCENE has released the lyric video for the song "The Submissive", which will appear on the band's new album, "Tormentor", out July 20 via Outerloop Records/Cooking Vinyl. It is THE AGONY SCENE's first album since 2007's "Get Damned" (Century Media),which was preceded by 2005's "The Darkest Red" (Roadrunner) and 2003's self-titled release (Solid State).

"The song is about the abuse of power and trust," the band said. "More specifically — authority figures preying on naivety and using fear as a means to control and manipulate."

THE AGONY SCENE will appear on the annual Summer Slaughter Tour with BETWEEN THE BURIED AND ME, BORN OF OSIRIS, VEIL OF MAYA and more.

Guitarist Chris Emmons previously stated about "Tormentor": "There is an underlying theme to much of the record, and that is the idea of an insane, manipulative creator, a 'tormentor' of all mankind, if you will. The lyrics also touch on the idea that an unquestioning belief in such a creator and an infallible doctrine can lead to a more chaotic and dark world in many cases."

He continued: "'Hand Of The Divine' was written about the Rubio murders that took place in Brownsville, Texas in 2003. These murders occurred as a result of a man who believed that his three children were possessed by demons. The video for 'Hand Of The Divine' follows along the theme of an insane creator, but does have some loose parallels with the Rubio murders. It tells the story of 'The Binding Of Isaac' that can be found in the texts of the Abrahamic religions. This story finds god demanding Abraham to sacrifice his son as an offering, proving his love and obedience. An insane and criminal act by modern standards and law. The story is portrayed a bit loosely, taking interpretations from multiple texts." 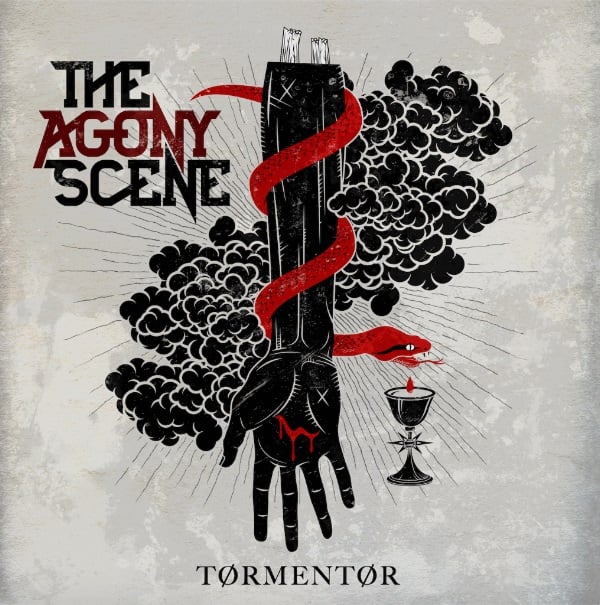 Find more on The agony scene