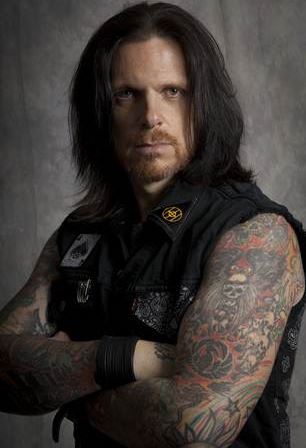 THE ALMIGHTY Reissues Pushed Back To January

In an effort to make these new versions as complete as possible, the release date has been put back, and extra attention given to the early work of a band (formed in Scotland in 1988) who have long been regarded as influential, splicing elements of rock, punk and metal, and notching up a Top 5 U.K. album and successive Top 30 singles.

Musically, THE ALMIGHTY staked their ground between MOTÖRHEAD and "Electric"-era THE CULT, which made their early Polydor releases — five albums, starting with "Blood, Fire & Love" — a breath of fresh air for riff-hungry rock fans the world over; and now, with their reputation continuing to flourish, Spinefarm has taken over from Polydor (the band's original home) as the label co-ordinating the reissue campaign.

The initial batch of reissues (fully official and put together under band supervision) will appear beneath the "Re-F**kin'-Issues" banner and be divided into two parts — the first pair of titles coming out on January 20 and the following releases a couple of months later.

All of the reissues will come complete with extensive bonus content, including live, studio, remix and acoustic recordings, plus liner notes, special packaging and track-by-track comments from THE ALMIGHTY mainman Ricky Warwick, now fronting BLACK STAR RIDERS and THIN LIZZY. There is also talk of live THE ALMIGHTY shows featuring key original members, along with a brand new studio album.

Find more on The almighty