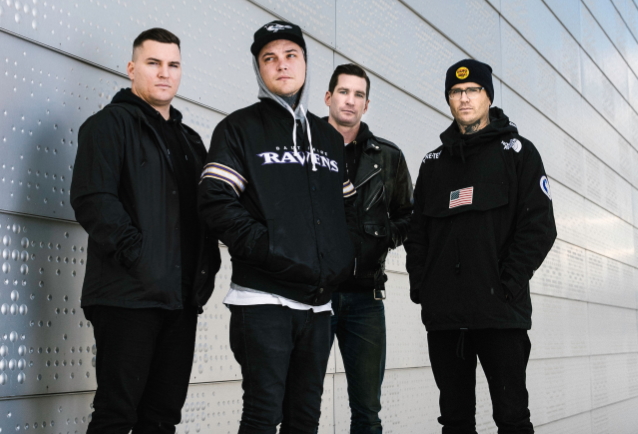 THE AMITY AFFLICTION Drops Another New Song, 'Death Is All Around'

Australian metalcore trailblazers THE AMITY AFFLICTION have announced a limited-edition seven-inch EP "Somewhere Beyond The Blue", with the third and final single to be released out today, "Death Is All Around".

The seven-inch title "Somewhere Beyond The Blue" is an extrapolation from a message one of singer Ahren Stringer's close friends sent him not long before he sadly took his own life, "I'll be in space."

The EP, which will include "Death Is All Around" as well as the previous two singles "Like Love" and "Give Up The Ghost", is available for pre-order in five variants.

"Death Is All Around" was heavily influenced by everything that has gone on globally over the last two years.

"We're deep into a pandemic that won't go away," says the band, "With lockdowns still happening here in Australia and no touring in sight, it's a hopeless situation and one that inspired the lyrics in this song."

Since emerging in 2008 with its debut "Severed Ties", THE AMITY AFFLICTION has served up two ARIA gold-certified albums, "Youngbloods" (2010) and "Chasing Ghosts" (2012),and earned a platinum certification from ARIA for the seminal "Let The Ocean Take Me" (2014). "This Could Be Heartbreak" (2016) marked the band's second consecutive Top 30 debut on the Billboard 200 and it went gold in Australia, while "Misery" (2018) elevated them to new critical heights and most recently "Everyone Loves You...One You Leave Them" (2020) showed the band returning to their heavier side and saw the group's total stream tally surpass 460 million and counting. 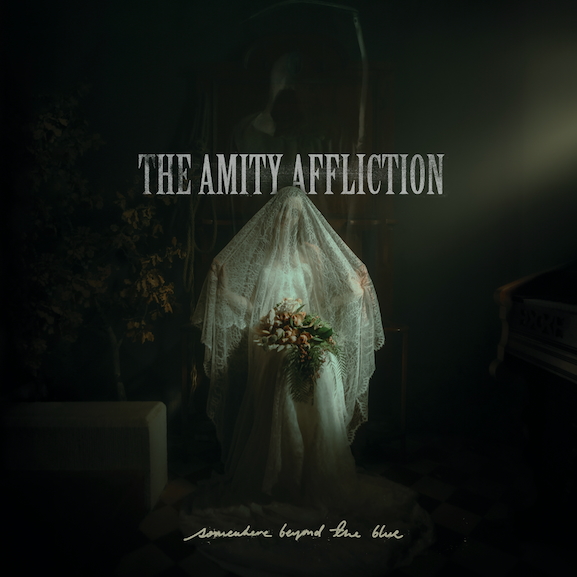