In this ultimate guide to the subgenre, acclaimed heavy-metal journalist Martin Popoff examines hair metal in an all-encompassing oral history jacked up by a kaleidoscope of outrageous and previously unpublished quotes, anecdotes, photos, and memorabilia. "The Big Book Of Hair Metal" features the observations of dozens of musicians, producers, promoters, label execs, and hanger-ons in examining hair metal's rise and fall as well as all the bands that kept Aqua Net in business through the Reagan recession: TWISTED SISTER, BON JOVI, POISON, MÖTLEY CRÜE, RATT, WARRANT, GREAT WHITE, WHITESNAKE, CINDERELLA, VIXEN, SKID ROW, L.A. GUNS, GUNS N' ROSES, and dozens more. In crafting a narrative of hair metal, Popoff also examines the factors that contributed to the movement's rise (including MTV, Reagan's "morning in America," and a general move toward prudish morals); the bands that inspired it (THE SWEET, NEW YORK DOLLS, ALICE COOPER, and KISS, for a start); and the scenes that nurtured it (the Sunset Strip, anyone?). The ride finally ended circa 1991, when hair metal was replaced by grunge, but what a ride it was. Here it is in all of its primped-up glory.

"The Big Book Of Hair Metal" features more than the obvious and usual suspects.. The superstars and also-rans are included, and with 580 (!) photos, the depth and the number of bands and musicians featured is staggering. Nothing is left out — it's big, bold and loud like the music, telling the complete history of the music you know you STILL love.

About the author: Martin Popoff has been described as the world's most famous heavy-metal journalist. He has penned more than 40 books on hard rock, heavy metal, and record collecting, including Voyageur Press' "Rush: The Illustrated History". He has also worked in film and television, his most recent projects being "Rush: Beyond The Lighted Stage" and VH1's "Metal Evolution". He lives in Toronto with his wife and son. 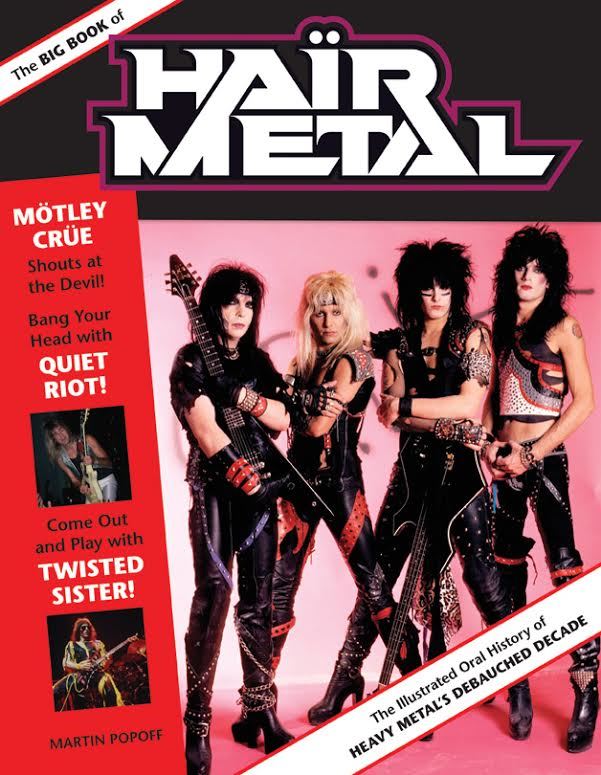