THE BLACK CROWES' Chris and Rich Robinson have announced a short acoustic tour under the BROTHERS OF A FEATHER banner. The trek will take place in February and March, ahead of THE CROWES' tour this summer celebrating the 30th anniversary of the band's debut album, "Shake Your Money Maker".

The BROTHERS OF A FEATHER tour will launch this week with two shows in Europe — in London and Amsterdam — before hitting the U.S. for nine additional dates. Tickets go on sale today (Monday, February 10) at noon local time.

BROTHERS OF A FEATHER tour dates:

THE BLACK CROWES' upcoming tour will mark Chris and Rich's first shows together since 2013. The group will perform its multi-platinum 1990 debut album in its entirety, along with a smattering of other hits and favorites.

The official tour kicks off properly on June 17 at Austin's Austin360 Amphitheater in Austin wraps on September 19 at the Forum in L.A.

Regarding the decision to enlist all-new members for THE BLACK CROWES' reunion, Chris told Rolling Stone: "That was the first thing Rich and I agreed on. We don't want anyone from the solo groups. We don't want anyone from the past." Rich added: "In order to make this work. To give Chris and I the space to…" Chris interjected: "Be here right now."

Chris told Rolling Stone the new tour will hearken back to THE BLACK CROWES' original style, explaining: "I think this is pure. We went off into a lot of things. There's no jamming. There's no extraneous stuff. This is the purest BLACK CROWES that people first [heard]. I hope we reconnect with some people who lost their way with us because of all of our other shit we were doing."

Rich spoke frankly about the obvious family politics in reuniting with his older brother, saying "No one is here to be a dick. We love this music. We're musicians. We're brothers. We love each other. We love this opportunity. Changing the context with Chris and I and all new people is a much healthier place for us." 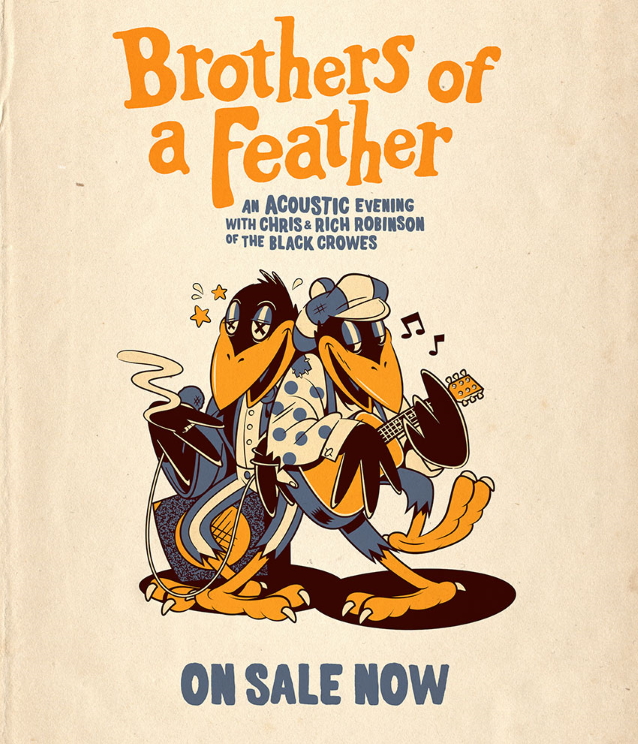