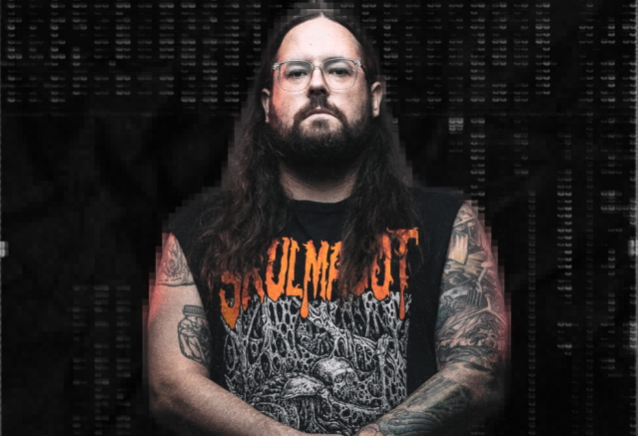 Trevor Strnad, vocalist of Michigan death metallers THE BLACK DAHLIA MURDER, has died at the age of 41.

Strnad's passing was announced by his bandmates on social media earlier today. They wrote: "It is with deep sadness that we announce the passing of Trevor Scott Strnad. Beloved son, brother, and Shepard of good times, he was loved by all that met him. A walking encyclopedia of all things music. He was a hugger, a writer, and truly one of the world’s greatest entertainers. His lyrics provided the world with stories and spells and horror and whimsy. It was his life to be your show." The band also shared the telephone number for the National Suicide Prevention Lifeline.

In an April 2021 interview with Metal Injection, Strnad spoke about his battle with depression and alcohol dependence. At the time, he said (as transcribed by BLABBERMOUTH.NET): "At the rate I drink while we're gone on tour, it's just not sustainable for getting older. Being 40-plus and being able to do what I do well and not look like a shithead, I've gotta be better to myself. So that's really the impetus [for quitting drinking]. That's the heart of it. It's not that… I know I'm no fun [when I'm drinking].

It is with deep sadness that we announce the passing of Trevor Scott Strnad. Beloved son, brother, and Shepard of good…

Posted by The Black Dahlia Murder on Wednesday, May 11, 2022