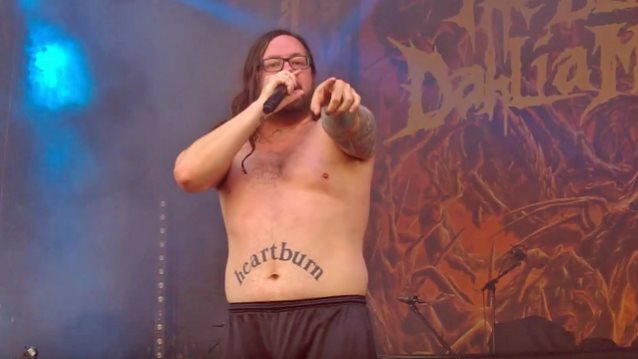 This fall, THE BLACK DAHLIA MURDER will embark on a North American tour in support of its upcoming album, "Nightbringers", due out October 6 via Metal Blade. The trek will run from October 6 through November 11 with a stop at this year's edition of Ozzfest Meets Knotfest on November 5. Support will be provided by SUFFOCATION, DECREPIT BIRTH, NECROT, WORMWITCH and EXHUMED on select dates. The journey follows THE BLACK DAHLIA MURDER's co-headlining jaunt on "The Summer Slaughter Tour" with DYING FETUS, currently underway. "Summer Slaughter" sees THE BLACK DAHLIA MURDER performing "Nocturnal" in its entirety in honor of the album's tenth anniversary.

Rather than meticulously plan things out or stick rigidly to any kind of template, when it comes to writing, THE BLACK DAHLIA MURDER prefer to let things happen organically. In the hands of guitarist Brian Eschbach — who co-founded the band with frontman Trevor Strnad in 2001 — and new recruit Brandon Ellis (ARSIS, ex-CANNABIS CORPSE),"Nightbringers" is rich with dynamic riffs that are at once fresh and classic THE BLACK DAHLIA MURDER, resulting in a collection that shifts through many moods and effortlessly incorporates various elements of extreme metal. While Strnad explores a variety of themes and ideas with his lyrics, they are united by the album's title, which embraces a tenet that has been central to THE BLACK DAHLIA MURDER's output since the very beginning. 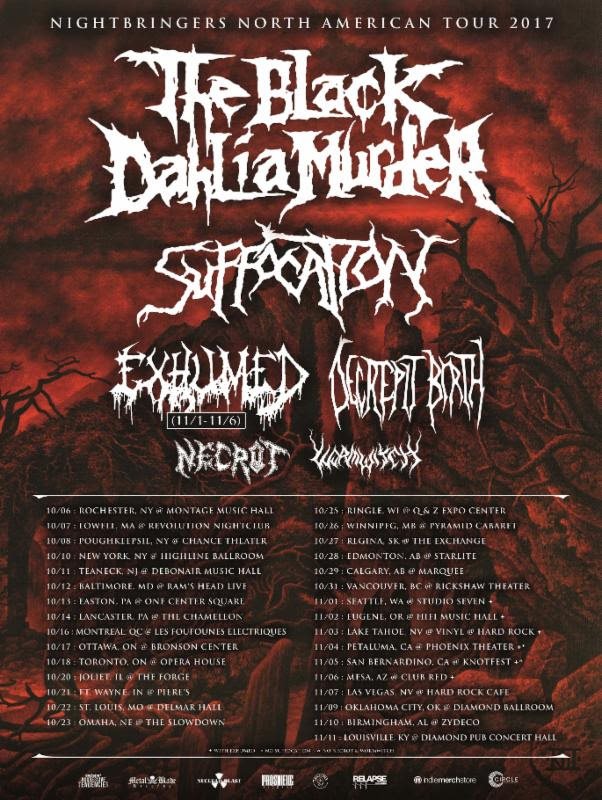