The video for the song "Fifth Kind" from Kansas City's deathcore/electronica band THE BROWNING can be seen below. The track comes off the band's new album, "Hypernova", which was released on October 1 in the USA via Century Media/Earache, and on October 7 in Europe through Earache. The CD was recorded at Planet Red Studios in Richmond, Virginia with producer Andreas Magnusson (THE BLACK DAHLIA MURDER, IMPENDING DOOM).

THE BROWNING travelled to the deep south of Savannah, Georgia to film the creepy "Fifth Kind" video at an old monastery in the middle of the woods. The clip was produced and directed by Frankie Nasso and Jess Orsburn of Nova Entertainment (ASKING ALEXANDRIA, I SEE STARS, ESCAPE THE FATE).

Comments THE BROWNING: "The message from the song we're trying to put out is partly that we believe there is more life than just us here on earth, and that instead of forcing a religion on someone and telling them that's what you have to follow and base your life and decisions off of, let everyone find their own way in life.

Adds Orsburn: "It was an overall positive experience creating this video for 'Fifth Kind'. After driving 20 hours from New York City to Savannah and then shooting until the wee hours of the morning with a super talented group of cast and crew, I couldn't be any happier with what we were able to accomplish.

"THE BROWNING are such great guys and really gave it their all each and every time they performed the track. It was brutally hot on set but that didn't slow them down one bit. They were incredible and the energy really shows through in the video."

THE BROWNING has just wrapped up a U.S. headlining tour in support of "Hypernova" and is due to kick off a European tour on November 22. 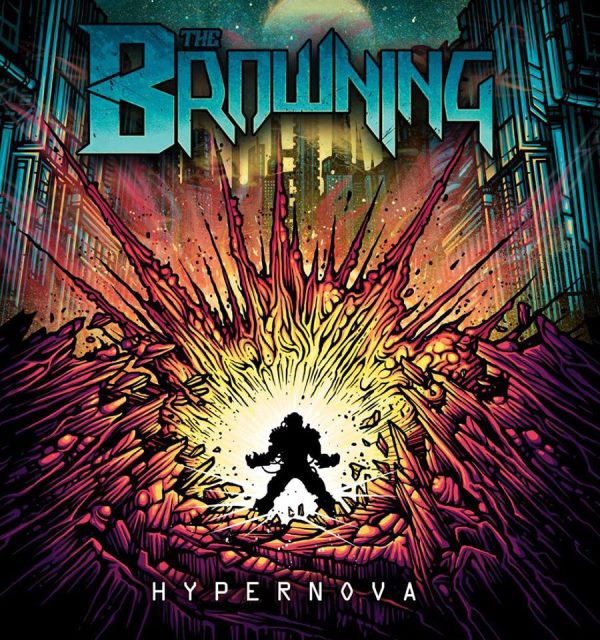 Find more on The browning