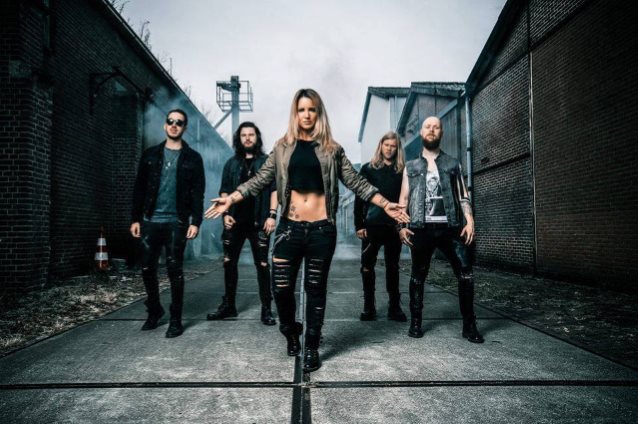 THE CHARM THE FURY To Release 'The Sick, Dumb & Happy' Album In March

Amsterdam-based metal band THE CHARM THE FURY will release its sophomore album, "The Sick, Dumb & Happy", on March 17 via Nuclear Blast / Arising Empire.

The cover artwork for the follow-up to 2013's "A Shade Of My Former Self" can be seen below.

Commented the group: "This record is a cross-section of the metal sound we hope will resurrect in the next ten years — a return to thrash roots, headbanging anthems, and tried-and-tested songwriting that made metal so great back in the '80s and '90s.

"We found Robert Sammelin via an app, saw his work and immediately knew that this was our guy. He still hand-draws his designs, creating some completely surreal comic-style images. While working with him we actually found out that he did key artwork for 'Battlefield 1', which is crazy. We gave him the rough idea for the spiral eyed skull, the color scheme and blood spatters was all his idea. We wanted something different and we feel he created a completely unique piece, better than anything we could come up with."

THE CHARM THE FURY has matured since their debut. With several of Europe's biggest festivals under their belts, they have transformed their sound into a startling slab of ultra-modern but utterly distinctive metal that shrewdly and honestly redefines what THE CHARM THE FURY is all about. Driven by a collective distaste for the state of the world in the 21st century, the band recorded an angry album underpinned by ferocious intelligence and a heartfelt desire to wake people out of their digital stupors.

THE CHARM THE FURY is: 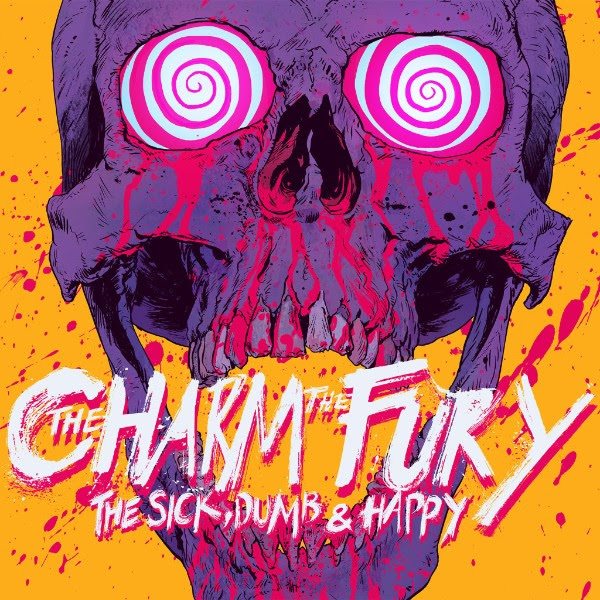 Find more on The charm the fury