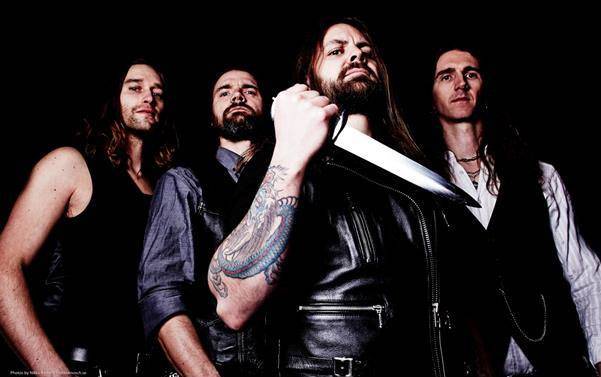 THE DAGGER (formerly DAGGER) — the Swedish metal/rock band featuring Fred Estby (drums),Tobias Cristiansson (bass),David Blomqvist (guitars) and Jani Kataja (vocals),who have been active in bands such as DISMEMBER, GRAVE and SIDEBURN— will release its self-titled debut album on June 30 in Europe and on July 22 in North America via Century Media Records.

"The Dagger" contains ten tracks that combine outstanding songwriting skills with the untamable power of early '80s NWOBHM and the spirit of epic '70s rock.

The song "Skygazer" can be streamed below.

THE DAGGER was formed in 2009 with the aim to create real classic hard rock/heavy metal rooted in blues rock and to perform it simply the way they like to hear it themselves.

After the release of the group's debut seven-inch single "Mainline Riders" (via High Roller Records),THE DAGGER started recording its debut album at Gutterview Recorders (astudio owned by Fred Estby and Nicke Andersson) in Stockholm, where bands like IMPERIAL STATE ELECTRIC, '77, BULLET and MORBUS CHRON already put their material on tape.

In a recent interview with Terrorizer magazine, Fred stated about how THE DAGGER came together: "At the end of 2008, I was working on the NECRONAUT album. After I had all songs down, I realized I had a bunch of material that didn't really fit for NECRONAUT but was way too good to throw away. I talked to David about this as he participated on some of the NECRONAUT songs and it turned out he also had material in the same style as mine. Not long after this, Tobias told us he had been thinking about doing something different musically than what he was doing in DISMEMBER and GRAVE. This made us intrigued to see if we could get a band together playing hard rock the way we wanted to hear it. The stuff in between us three was surprisingly similar and not like other bands in the hard rock/heavy metal genre of today."

Regarding the band's slight name change (from DAGGER to THE DAGGER),Fred said: "It was all about avoiding clashes with other bands called DAGGER. There have been a few and we don't wanna be caught in a name dispute. It has happened to quite a few bands lately, as we all know." 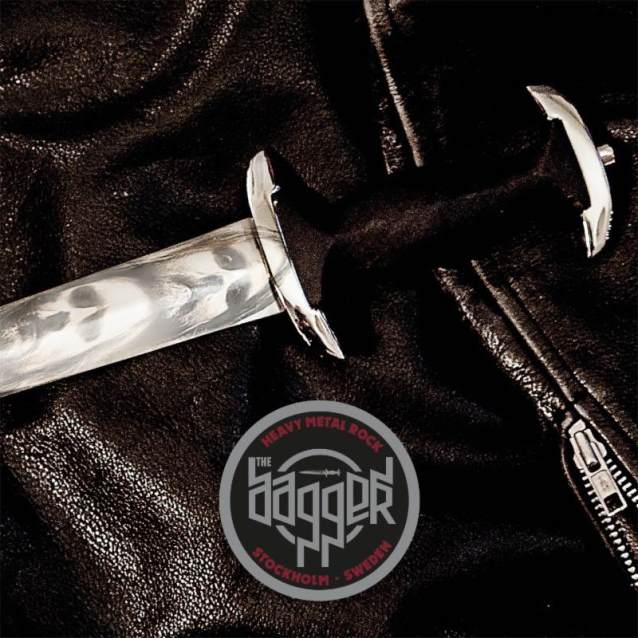 Find more on The dagger