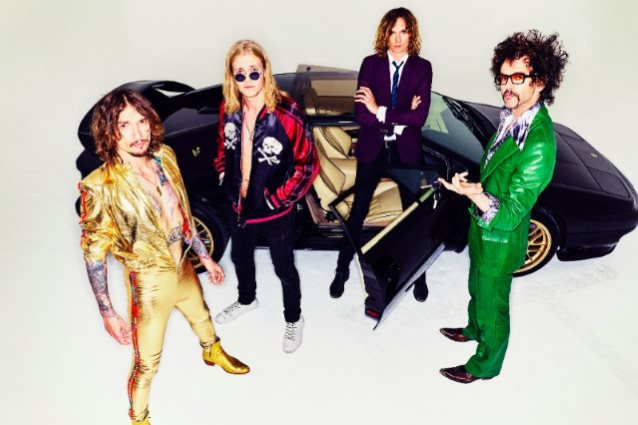 British rockers THE DARKNESS have released the official music video for the song "Happiness". The clip was created by Vitamin Pictures in Chicago, Illinois and was directed by Daniel DelPurgatorio.

Said THE DARKNESS frontman Justin Hawkins: "'Happiness' is about seeing only the golden sand and overlooking the broken glass. Hearing the waves crash and filtering out the grotesque cries of mating gulls. Smelling the distant odour of fresh chips and ignoring the stench of nearby dog shit. Happiness is a choice. Choose THE DARKNESS."

"Happiness" is taken from THE DARKNESS's latest album, "Pinewood Smile", which came out on October 6. The disc finds THE DARKNESS on electrifying form, delivering some of the most sharp-witted, infectious and downright brilliant songs of their career, and was greeted with rave reviews, including four stars in issues of Q, Planet Rock and Mojo magazines.

THE DARKNESS guitarist Dan Hawkins (Justin's brother) told Portsmouths's The News that humor has always been an essential part of the band's DNA.

"My brother said it one day, 'We're at our best when we're right on the edge and you can't tell if we're being serious or not.' If it's all-out silliness and too jokey, then it's not us, so the guessing part is good. We play the same game — we can play the same song one night and feel really angry and full of attitude, and then the next we're laughing to ourselves."

Justin told the Press Association that it was important for THE DARKNESS to go on a three-year hiatus following the band's 2006 split.

"We were so busy back in the day that we never really had a chance to sit down and take stock of how we sounded and what we were going through — I think that's part of the reason why we had to have a break," he said.

"People assumed that we weren't coming back, and then when we came back, we didn't make enough impact for people to realize that we had done so, so that has been an issue for the last two albums." 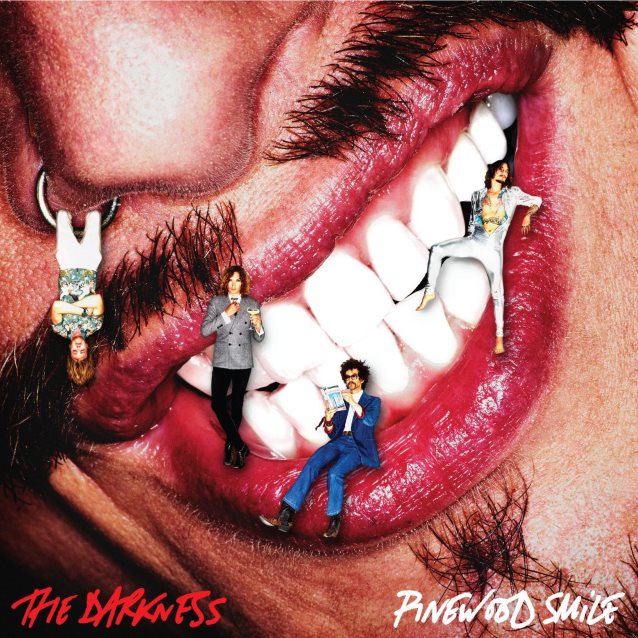