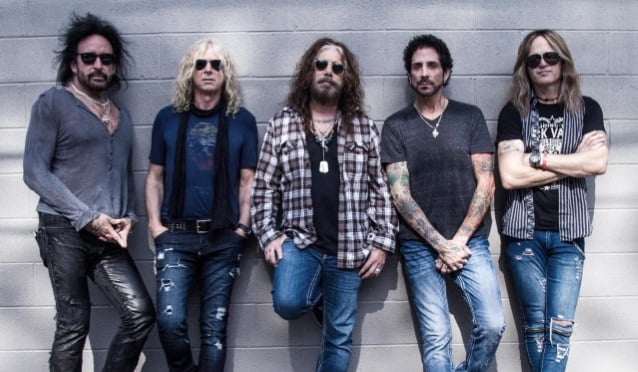 THE DEAD DAISIES are returning to North America. After a sold-out tour across Europe, the band is looking forward to rocking out with its U.S. and Canadian fans. Their current single, "Rise Up", is climbing the U.S. Active Rock chart and being used extensively in NASCAR promotional campaigns across the country. The guys are also happy to announce that an old friend of the DAISIES, Dizzy Reed, is bringing his band HOOKERS & BLOW along as the tour's special guest.

THE DEAD DAISIES are currently on the final leg of their European "Burn It Down" tour where they just shot a music video for the band's next single "Dead And Gone" at Black Box Music (RAMMSTEIN, 30 SECONDS TO MARS, LINKIN PARK, MARILYN MANSON) in Berlin before finishing in Milan on May 9.

THE DEAD DAISIES will return to Japan in late June to play three headline shows in Tokyo, Osaka and Nagoya before heading to Europe in July where they will play a series of festivals along with dates with SCORPIONS and GUNS N' ROSES.

THE DEAD DAISIES' new album, "Burn It Down", was released in April via Spitfire Music/SPV.

"Burn It Down" is a muscular tour-de-force, a tornado of pounding drums, pulverizing bass, screaming guitars and in-your-face raw vocals. Evoking the best of '70s rock with moments of Birmingham's finest, blended with the early works of Boston's best, "Burn It Down" will do just that: burn down everything in its path until there is nothing left standing.

Recorded in Nashville with Marti Frederiksen at the helm, "Burn It Down" — THE DEAD DAISIES' fourth album — was completed in December with Anthony Focx once again handling the mix and mastering legend Howie Weinberg adding his magic.

THE DEAD DAISIES are: 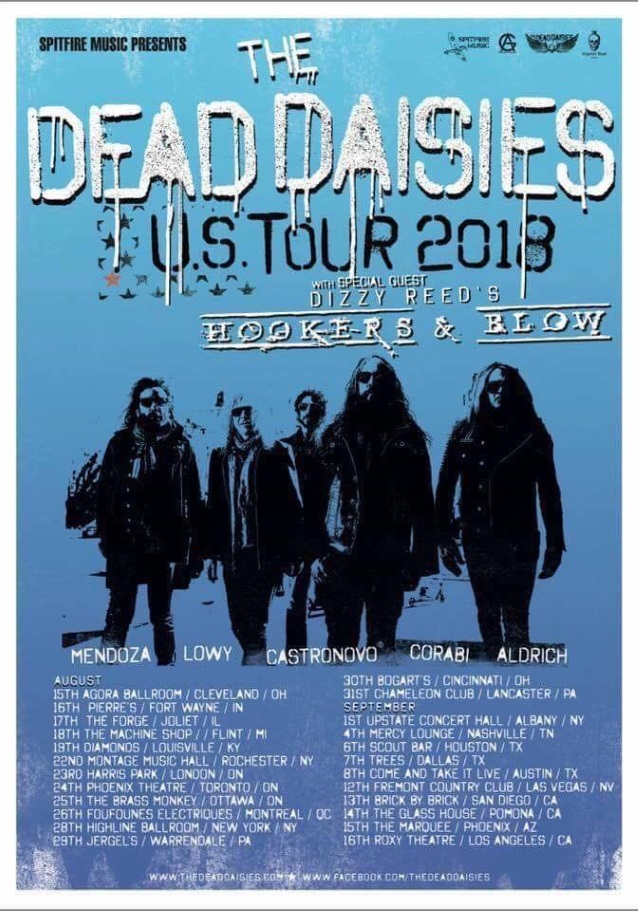