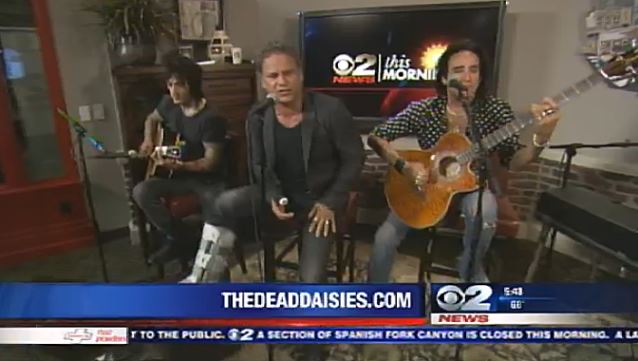 "Slash and I wrote 'Lock 'N' Load', which was recorded with Simon Horsford and John Fields, who produced THE DEAD DAISIES album," said Stevens. "Slash loves the song and the album, and is really happy with the way they have turned out. He doesn't just play on anyone's album… this is a labor of love."

Stevens told The Salt Lake Tribute that it was not a "deliberate" decision to create what some call a supergroup — he just decided to call in some friends after he and David Lowy (RED PHOENIX, MINK, THE ANGELS) started writing some songs together. It was a "real compliment" when famous musicians joined them.

THE DEAD DAISIES' debut album — which was helmed by producer John Fields (JIMMY EAT WORLD, SWITCHFOOT) at Wishbone Studios in North Hollywood, California — sounds as if it could have been recorded at the height of the classic rock era, a move that was intentional, Stevens said. "We kept it really minimal on the recording," he said. "We want to keep things really raw. We wanted to keep it real all along the line."