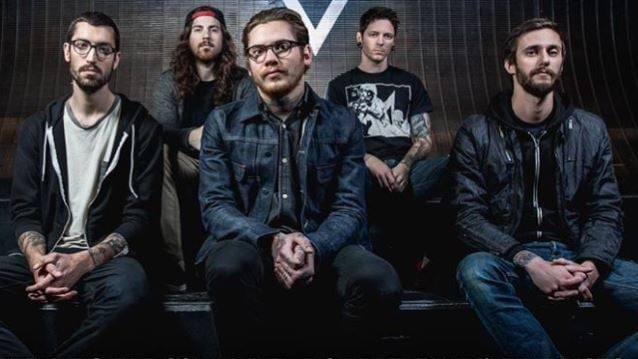 "War", the new video from metal titans THE DEVIL WEARS PRADA, can be seen below. The clip was helmed by director Maria Juranic, who also worked on the band's clip for "First Sight". The track is taken from the band's fifth studio album, "8:18", which sold around 16,000 copies in the United States in its first week of release to debut at position No. 20 on The Billboard 200 chart. The CD arrived in stores on September 17, 2013 via Roadrunner.

THE DEVIL WEARS PRADA has announced details of a spring headline tour, dubbed the "Zombie 5 Tour", presented by Rockstar Energy Drink. The trek — which will see THE DEVIL WEARS PRADA playing the "Zombie" EP in its entirety each night along with other fan favorites — will feature support from BORN OF OSIRIS, THE WORD ALIVE and SECRETS. The coast-to-coast trek gets underway March 15 in Nashville, Tennessee at Rocketown and continues through April 16, wrapping up at the House of Blues in Chicago, Illinois. Tickets for all dates will be on sale Friday, December 19.

Frontman Mike Hranica commented, "When we started discussing the idea of playing the 'Zombie' EP front to back, it was clear and evident that the five year anniversary would be the perfect time to commemorate.

"I love seeing old records and releases performed and celebrated years after their release, and with that I know how excited we are to announce the 'Zombie 5 Tour'."

Following the U.S. tour, THE DEVIL WEARS PRADA will gear up for a performance at Rock On The Range in Columbus, Ohio.

Long acclaimed as among one of the most potent and provocative bands in modern American metal, THE DEVIL WEARS PRADA made a massive leap forward with "8:18". The album — executive-produced by KILLSWITCH ENGAGE's Adam Dutkiewicz and produced by the band along with producer/engineer Matt Goldman (UNDEROATH, THE CHARIOT) — sees the group driving its relentless sonic approach with more might than ever before, giving extreme power to vocalist Mike Hranica's grim, emotional lyricism.

THE DEVIL WEARS PRADA's "Zombie 5 Tour" with BORN OF OSIRIS, THE WORD ALIVE and SECRETS: 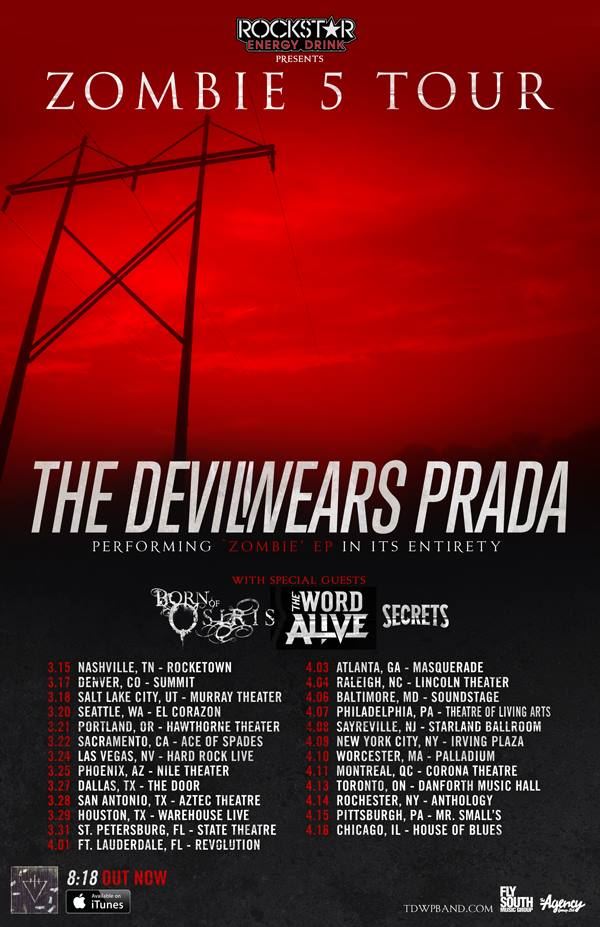