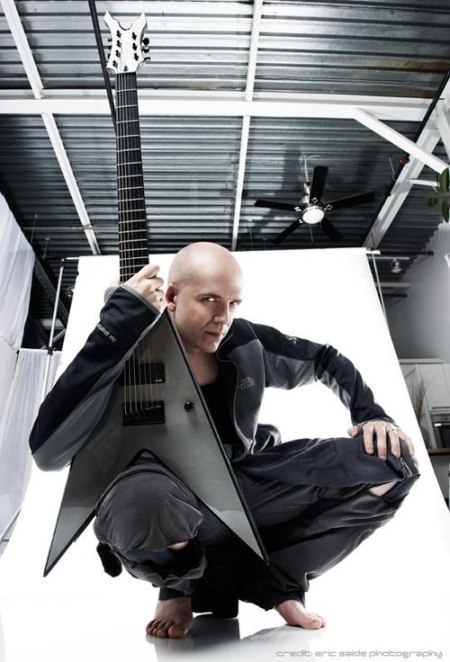 Canadian musician/producer Devin Townsend (STRAPPING YOUNG LAD, STEVE VAI, LAMB OF GOD, DARKEST HOUR, GWAR) will release "Deconstruction" and "Ghost" — the third and fourth in a series of albums to be made available under THE DEVIN TOWNSEND PROJECT moniker — in Europe on June 20 via InsideOut Music.

Even though "Ghost" is the fourth album to be made available under THE DEVIN TOWNSEND PROJECT moniker, Devin recorded it third, because "Deconstruction" (the third album) was "a nightmare technically and I wanted to make something lovely before diving into that," Devin previously said.

Devin Townsend recently confirmed via Twitter that he will tour the U.S. with CHILDREN OF BODOM in June.

On his currently ongoing and mostly sold-out European tour, Devin is already performing some of the new material and if you have followed Devin through his career, you will know that he is always up for pushing the limits to higher levels. After finishing the tour at the end of March, and after releasing "Deconstruction" and "Ghost" in June, Devin Townsend will return to London U.K. in November 2011 to play a set of very special shows dedicated to his four-album concept and which will be captured live on DVD!