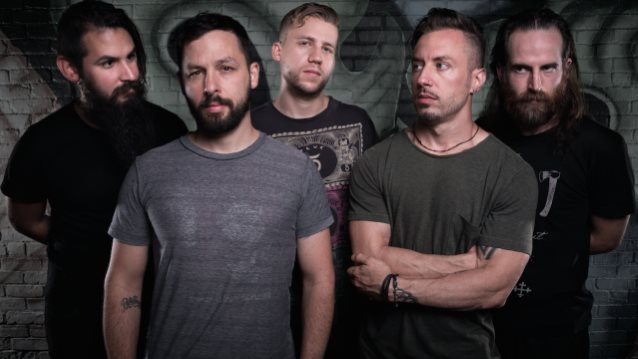 The end of THE DILLINGER ESCAPE PLAN may be nigh, but the progressive metal pioneers are going out in a blaze of glory. Their final show has been set for December 29 at New York City's Terminal 5 and it is sure to be a night to remember. Supporting the band at this show will be CODE ORANGE and DAUGHTERS.

Their world tour in support of their final album, "Dissociation" (2016),took the band to Europe, Australia and Israel thus far. A fitting end to THE DILLINGER ESCAPE PLAN's journey is a show where it all began — at home.

"For me, in terms of shows, New York has always been one city on a short list of them, where every DILLINGER show felt like a homecoming," explains Puciato. "Maybe it's the proximity to New Jersey, maybe because we're all East Coast natives, maybe for me it's largely because it was the location of my first show with the band back in 2001, and maybe a lot of it is just the overall energy of the city itself. So many incredible shows, unforgettable memories on and offstage, and familiar faces both backstage and in the crowd. Add to that the fact that geographically its the one city that makes the most sense for anyone traveling from the east or west, or up the coast, and this was kind of a no brainer from the beginning."

Weinman told Clrvynt last year about THE DILLINGER ESCAPE PLAN's decision to call it quits: "We need to close the book; We need to take control of this and make a controlled dramatic ending to this story. That's the only way to do it right, So I talked to the guys — and I first talked to Greg about it and like most people, he was kind of confused, like, 'Why would we do that right now? Everything is going so well.' And I said that's exactly why we should do it now — because there needs to be tension. And everything in DILLINGER just always been chaotic, and seemingly random."

He added: "It's [DILLINGER's chaotic sound] always been intentional; almost every note we've ever made has been on purpose. So I just felt that it's very important for us to intentionally close the book in a way that every great piece of art does." 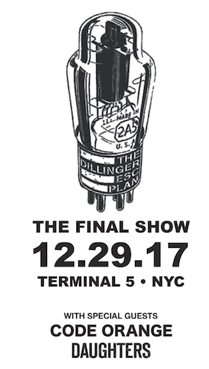