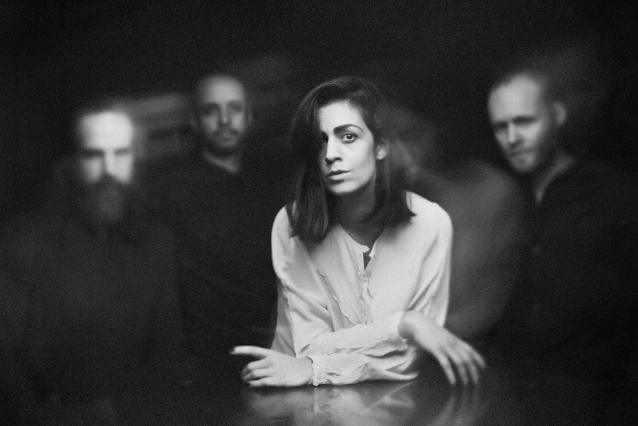 Members of THE DILLINGER ESCAPE PLAN, EXTOL and SEA + AIR have joined creative forces as AZUSA and will sonically shock listeners with one of most experimental and mesmerizing releases of the year.

AZUSA's debut album, "Heavy Yoke", will be released on November 16 via Solid State Records in the U.S.

Watch the record's first single and music video for "Interstellar Islands" below.

With the song, AZUSA takes you into an exploration of dissonant, eerie musical universes; it's a trip to inner and outer space and a multi-sensory experience.

"'Interstellar Islands' was one of our first creations and it is the perfect example of what AZUSA is all about musically," the band said. "It's the obvious introduction to the AZUSA universe."

AZUSA's music is a carnival of contrast — it's captivating with unconventional nerve. Uniting the complementary skills of its members, AZUSA's sound is a thrash-fusion tour de force. Can you imagine Kate Bush fronting SLAYER? DEATH collaborating with Annette Peacock? These allegedly incongruent influences dissolve seamlessly in an alluring sonic alchemy.

Uncompromisingly experimental, AZUSA's curated approach showcases each member's unique strengths as a reaction to previous endeavors, more so than an extension of them. Reflecting on life's existential mysteries, AZUSA's lyrics seek to explore cognitive dissonances at the crossroads of upbringing, mysticism, belief and betrayal. Defying expectations by embracing contradiction, AZUSA finds strength in vulnerability, harmony in dissonance, and melody in discord.

The band commented on its debut, saying: "This album is special for all of us and we're currently feeling the same excited feelings we got before we debuted any of our previous efforts. We are really fortunate to have been able to create these songs together and to be able to share them with fans of our former and current bands, as well as new fans."

AZUSA finished by stating: "It has been such a relief crafting music without having any outside expectations placed on us. Turning to creative playfulness with a more relaxed and intuitive approach to songwriting, we feel that this collection of songs will hold a unique space in the atmosphere of heavy music." 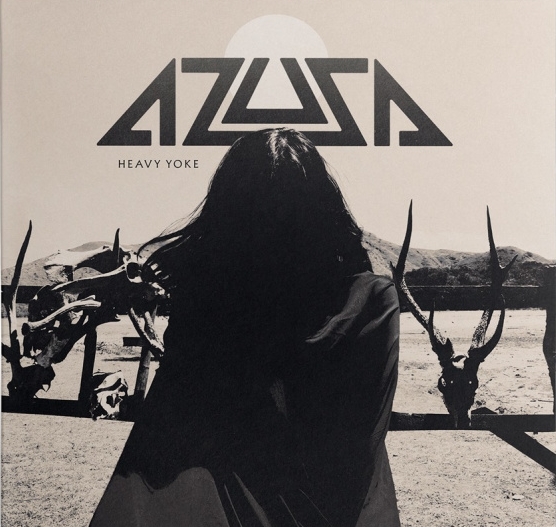